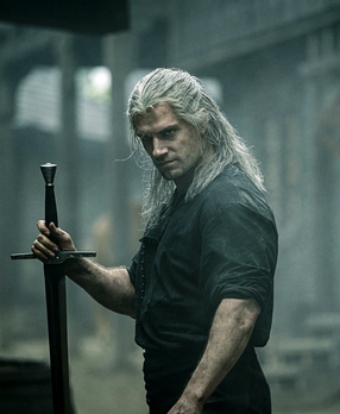 The Witcher is a series of Polish novels written by writer Andrzej Sapkowski. The incredibly popular story has gotten three video game adaptations and a new game announced only recently many film adaptations, and the latest Netflix adaptation that seems to be a hit among the fans of the series. So in this amazing story, we follow Geralt of Rivia, a “witcher” who hunts demons and monsters and learns to understand what love and family mean. In the following blog post, we are discussing who are the witchers and who is Geralt today.

Witchers is referred to as people who have obtained supernatural abilities that enable them to fight demons and wild creatures. They have been subjected to alchemy mutations as well as rigorous physical, psychological, and martial arts training from an early age, granting them valuable qualities like as enhanced power, agility, and superhuman reflexes. They are also resistant to a variety of toxins and parts, have a strong resistance to sickness, and recover quickly. All of these characteristics make witchers difficult to kill, allowing them to live a long time. Witchers’ lifespan is affected by the mutation process, which we are going to discuss soon.

Who is Geralt of Rivia?

Geralt is the central character in the Witcher series. Geralt is among the few living witchers, and he wanders all across the land seeking and slaughtering terrible beasts for money. Geralt, however, is not your average witcher, since he has a greater threshold than most witchers. During his transmutation, he was subjected to several untested mutagens, which boosted his strength and agility, as well as his resistance to poisons. Additionally, the increased tinkering bleached his hair white and gave him golden, catlike eyes, allowing him to see extremely sharply. The transmutation required to become a witcher is supposed to be intensely painful, and Geralt is one of the few who has survived this process.

How Old is Geralt of Rivia?

The author of the book has stated in the first book that Geralt is over 50 years old during the book’s events. However, in the video games, Geralt mentions his age to be close to 100 which many people assume to be in the ballpark of 80 to 90. The TV show yet again changes his age and when Geralt is presented in the series, the narrative sets him at roughly 100 years old.

Geralt has been well over 100 years old by the time he encounters Ciri in the show. Geralt still has the appearance of a 30-year-old in all the media, despite his older age. This is due to the transmutations he was subjected to, which enabled him to age more slowly than normal people.

Read Also:- Deep dive on lightsaber colors and what they mean for the users of the lightsabers