The famous Korean band G(I) – DLE is set for the Dazed Korea magazine interview. The first look from the interview has been revealed, and all of the five look breathtaking.

The G(I) – DLE group is a famous Korean band with five people. The leader is Soeyon, and the other four members are Miyeon, Minnie, Yuqi, and Shenhua. IN THEIR FIRST EPISODE,’ I AM ‘, the K pop group debuted in August 2021 with Latata.

Within such a short period, the group has managed to grab a seat in viewers’ hearts. They are equally involved in the music-making process, with Soeyon mainly involved with writing. In March 2022, the girls were back with a bang with ‘I Never Die’, which marked their first studio album. Tomboy’s first single has managed to keep the viewers glued to their earpods. 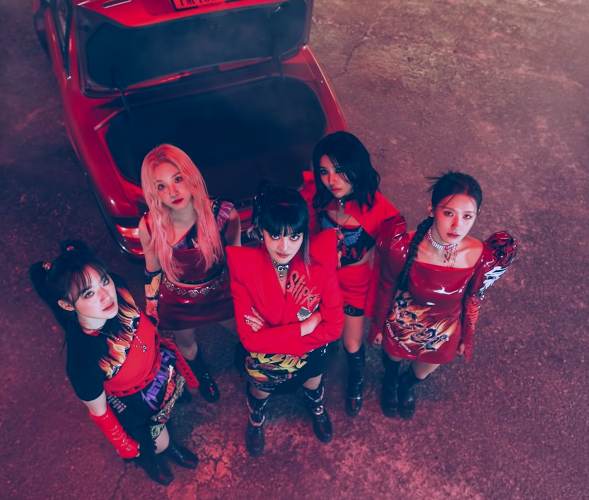 In the recently held Dazed Magazine Interview, the girls were seen in beautiful, chic, and comfy outfits. They talked about how ecstatic they were when they witnessed the success of Tomboy. Also, they stood first in the M Countdown, and talking about that, all of them got emotional. Talking about their togetherness in the future, the girls said they were meant to be together. They all can only succeed if they are together.

Referring to fans, they said that they expect their fans to support them in any case. Only then will they be able to provide the music that heals. The outfits of the five girls have grabbed the attention of viewers. The denim and trench coats and smoky eyes made them look awesome and breathtaking.