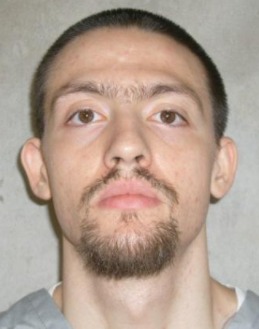 Gilbert Postelle was executed by the state of Oklahoma after being fed a huge last meal.  The year was 2005, when Gilbert Postelle went ahead and took part in the murder of 4 people namely James Alderson, Terry Smith, Donnie Swindle, and Amy Wright by shooting them. This brutal attack took place on Memorial day 2005 in Southeast Oklahoma City.

Who is Gilbert Postelle?

Gilbert Postelle was a citizen from Oklahoma and was born on May 22, 1986. He was 19-years old at the time of this incident when he claims he went on to confront the people because of whom his father was injured in a serious which led to him go on a murder spree shooting a family inside their own house and murdering 4 people back in 2005. Gilbert also confessed in court that he did not remember how or why it happened as he was heavily consuming methamphetamine leading up to and at the time of the incident thus leading to his memory being very foggy at the time.

Postelle claimed the four individuals were responsible for the 2004 motorbike collision that wounded his dad, Earl Postelle. His father had brain trauma and frequently had blackouts. Earl Postelle was prosecuted with his son at first, but he was declared incompetent to appear in court.

What happened to Gilbert Postelle?

Gilbert was executed on Thursday and he did not have any last words before dying. Back in December, he did say at the trial, “I do understand that I’m guilty and I accept that. There’s nothing more that I know to say to you all than I am truly sorry for what I’ve done to all these families.”

Authorities conducted the execution of death row inmate Gilbert Postelle on Thursday without any mishaps. Before he died, he requested the last dinner of 20 chicken nuggets with a multitude of sauces, fries, a crispy chicken sandwich, one chicken sandwich, a large coke, and one caramel frappuccino.