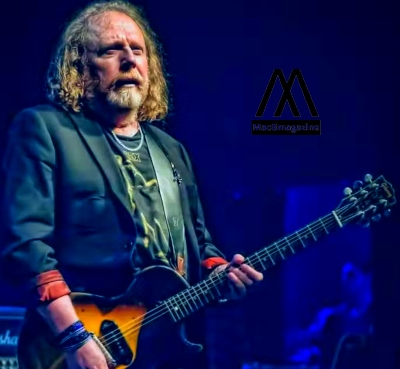 Canadian punk band Teenage Head became such a rage when Gord Lewis was the leading guitarist for it. Gord lewis was staying at his hamilton, Ontario apartment. according to eyewitnesses, the police are investigating it as a homicide.

Police are waiting for an autopsy but they have already arrested 41-year-old Jonathan Lewis and he will be tried for second-degree murder. Jonathan as per online reports is the son of guitarist Lewis Gord.

Gord’s friend has confirmed the accused is his son.

the teenage head was once a thing in 19675. they gave many memorable songs s “Let’s Shake” and “Some Kinda Fun” and were recently the subject of a 2020 documentary, “Picture My Face: The Story of Teenage Head.”

Douglas Arrowsmith made a documentary about Lewis Gord and the band:

The movie shows the 40-year journey of the band in an emotional manner. Director Douglas arrowsmith dives deep into the Depression and overcoming it of Lewis Gord, the deadly riot in 1980 at Ontario Place, and the demise of Original lead Frankie Venom. Marky Ramone was so influenced by that band that he worked on an album together in 2008.

Sarah Beck of the homicide unit also said this is the murder in the city this year. with a population of 776000, Hamilton is located 40 miles west of Capital Toronto.

“On Sunday, August 7, police received information, a number of emails had been sent to a variety of media outlets with information related to a deceased person,” she said.

“Based on the information, police attended a residence at 175 Catherine Street South and located a deceased male in his 60s in the apartment. The male had injuries consistent with foul play, and the case was deemed a homicide.

“At this time, a positive identification has not been made of the deceased due to the level of decomposition…an autopsy will be performed and additional steps are taken to identify the deceased.”

Tributes pouring in for Lewis Gord:

Fans and people who Knew Gord have been sending many tributes to the late musicians.

Nick Sinopoli called him “a gentle soul of a man”;

Brad Germain wrote, “Tributes are pouring in for a reason.

“We’ve all learned a Teenage Head song or a Gordie Lewis lick at one point in our lives. I was 16 when I learned mine…You spawned a generation of 3 chord rockers.”