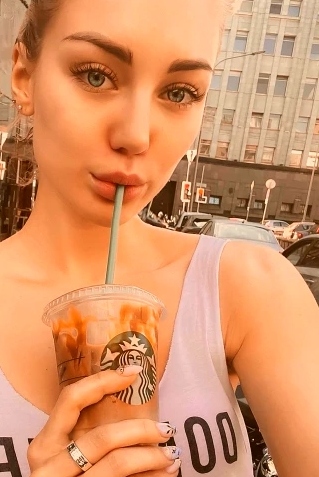 Gretta was missing for around a year and later her boyfriend admitted that she was killed by him.

The man confessed to the murder. He had continued to post the photos on social media to side-track the investigation. The discovery thanks to the report of the Ukrainian friend

Gretta Vedler, the Russian model who disappeared more than a year ago, was found dead in a suitcase. The macabre discovery took place on March 15th. The woman was strangled to death by her ex-boyfriend, Dmitry Korovin, who admitted to killing her after a dispute in Moscow over money. The Russian Investigative Committee has released a video of Korovin’s confession, which also shows how the murder took place.

A month before her death, the model had branded Vladimir Putin as a “psychopath” on social media and, in the post, had also written that Putin’s drive to “improve the integrity of Russia” would end in tears, as Wikibbc points out.

In a message, Gretta had said: “Maybe he really wants to enhance the integrity of Russia and sincerely wishes the good for the Russians. But can he really do anything?” However, Vedler’s murder is unrelated to his political views and the statement on the Russian president, investigators said.

A lot of times, the Russian President’s name has been linked to many Russian ladies and as per the report whoever tried to oppose him, she had to lose her life. This was not the first time when someone’s death is related to Russian President, Vladimir Putin. So, there is no possibility that in the death of the model Russian President could not be connected.

He slept for three nights with the body.

Korovin admitted to the murder and also revealed that he slept in a hotel room for three nights with the body of his ex-girlfriend stuffed into a suitcase.

In addition, to give the impression that she was still alive, she continued to upload images and messages to the model’s social media. Vedler’s friend in Kharkiv, Ukraine, blogger Evgeniy Foster, was not fooled. Out of concern, he called a friend from Moscow and advised him to file a missing person report. The research that led to the discovery of the model’s body then started.

The confession of Gretta’s sentimental partner was revealed by the Russian Investigation Committee and, likewise, images showed how Korovin took Gretta’s life.

No further details have been revealed regarding the case except the detail of the young man who was captured by the authorities.