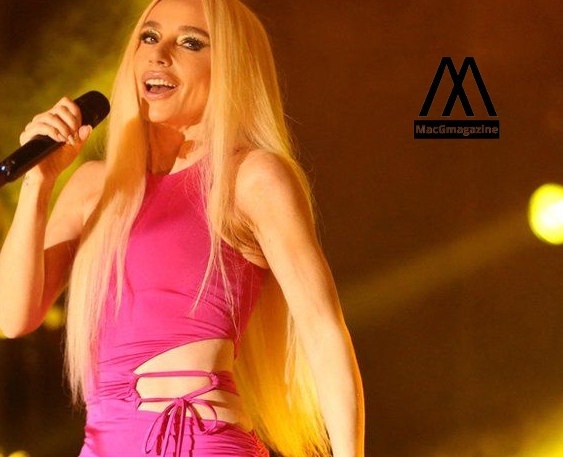 Turkish singer Gulsen was arrested over a filthy religious joke

Gulsen is a famous figure in Turkey but a lot of Turkey is infected with the “I want to be European” syndrome. Gulsen is rightly arrested for making a joke about religious schools. A lot of western people don’t seem to understand that their sensitivities are not universal and that what starts as a joke can poison the mind of people.

There seems to be a lot of support on social media for Gulsen but none of them seem to understand the law of the land.  The US has put thousands of black people in jail for marijuana and even after legalizing this dangerous substance that ruins a person’s mind, all the black prisoners are not released. Turkey is on a target for many years and this is another attempt to malign turkey.

She said one of the perverted members of the band joined a religious school. She wanted to impose his character flaw on the entire religious school system. Maybe he was a pervert that is why he joined the band in the first place.

Gulsen has supported LGBT and she wears indecent clothes:

The comments are very old but they have recently gotten viral on social media and this seems like a valid reason to let GUlsen go, but are people who looted or murdered a decade ago let go because the crime was old? this does not seem like a valid argument.

Although the western haters of Turkey president Recip Tayyab Erdogan claim he is trying to win next year’s election with these incidents.

Galen made posts on Instagram and Facebook with the same old BS “defending the freedom of expression” with her “joke between colleagues” she apologized “to everyone who was offended”.

She is currently held in jail and soon she will have to face trial.

Turkey’s president himself studied at a prestigious religious school and that is what bothers filthy Kemalists and western degenerates.

Many others in government have also attended the institutions.

Gulsen is not the first time trying to corrupt the land, She has asked for LGBTQ rights. She is asking for rights for people who are basically anti-science. they have diluted the word gender and put so many people under gender. A man who desires to be a woman calls himself a trans and wants to share space with a woman only. There have been cases of men who pretends to be transgender and later raped young girls in the bathroom while their mothers were waiting outside.

Some of the fake conservatives tried to save Gulsen:

“I was also hurt by Gulsen’s insult.

“I showed my reaction by writing an article… But why is Gulsen being arrested? What’s the aim here?”