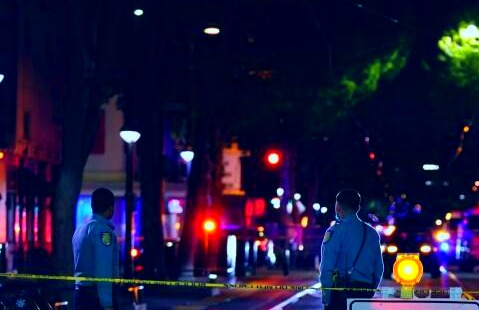 A gun shooting took place on Sunday early morning in downtown Sacramento. California police say six people are dead and nine people are badly injured. A video posted on Twitter showed people running through the streets. All of them were scared of the rapid gunfire. The sound of gunfire can be heard clearly. Multiple ambulances were also sent to the scene. Police were there to assist within some time, and police also said that a “large police presence will remain and the scene remains active.”

The situation now in downtown Sacramento:

police and officials have asked the residents to avoid the area for the time being. A site is a place for a lot of restaurants and bars. It also leads to the golden centre, where the Sacramento Kings play basketball. Community activist Berry Accius reached the scene at about 02:30 after a city council member called him about the shooting.

The families of the victims are devastated by the shooting and demand justice. Victims are sad about the death of their loved ones. Mayor Darrel Steinberg tweeted that the numbers of dead and wounded were “difficult to comprehend.”

“Rising gun violence is the scourge of our city, state and nation, and I support all actions to reduce it,” City council member Katie Valenzuela, representing the district where the shooting happened, said, “I’m heartbroken and outraged.” She was very sad and tearful when she said all this to reporters.

She added, “Our community deserves better than this, don’t get shot down on K Street when they’re out trying to have a good time”. Firearms are very dangerous, and it has involved approximately 40,000 deaths in a year in the US, including suicides. May the victims of this shooting rest in peace.