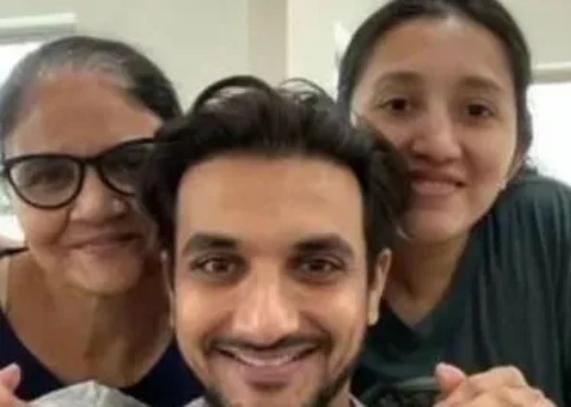 Harshal Patel is an amazing Indian cricketer. He plays very well and has led India to victory in many games. He has been a sensational performer for royal challengers. He is one of their best players.

But he recently got a piece of very heart-breaking news that he had lost his sister. So he left IPL and went to be with his family during this tough time. He is expected to join the team in some days.

Harshal Patel’s family migrated to the USA in 2005. His parents are Vikram Patel and Darshana Patel. Harshal wanted to be a cricketer, so he stayed in India. They are three siblings, Harshal Patel, Tapan Patel, and the youngest, Archita Patel.

When will he join the IPL now?

Royal challengers Bangalore will now face Chennai super kings in their next league. It will happen on October 12 at DY Patil stadium in Mumbai. However, it is still unlikely for Harshal to join the team as his family is grieving their loss.

“Unfortunately, Harshal had to leave the bio-bubble due to a death in his family. He will be re-joining the bubble before the next game against CSK on April 12,” said an IPL source.

Harshal Patel being unavailable for the team will be a bad thing for royal challengers as he was their ace bowler. Harshal Patel is having an incredible IPL 2022, where he has scalped six wickets in four games at a stellar economy of 5.50

After hearing the news of his sister’s death, he immediately rushed back home to be with his family. He loved his family and his sister, and Archita Patel also loved him. Everyone is going to miss her, and may her soul rest in peace. Harshal will be back in some time to join his team and play in the IPL.