PlayStation Plus video games for January 2022 are available for free grabs now. However, only the PlayStation Plus Subscribers are eligible for the benefit. PlayStation has been rolling out these free games for its loyal customers for a long time now. The games available this month include Deep Rock Galactic, Dirt 5, and Persona Strikers. But there’s more you should know. 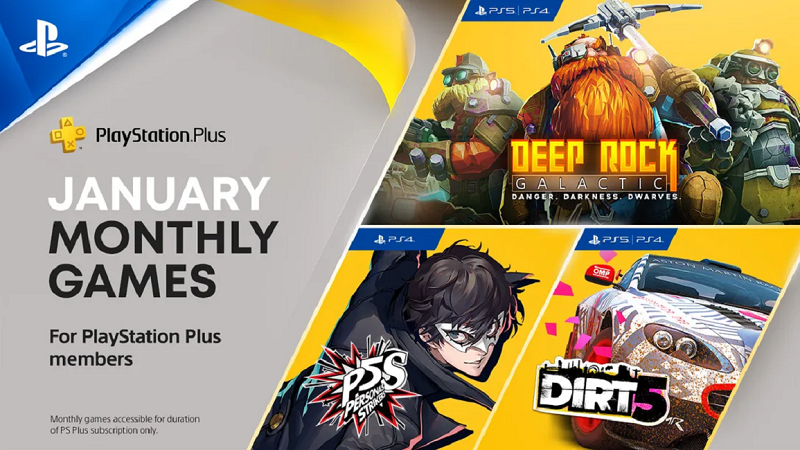 No Persona 5 for PS5

The bad news is that PS5 owners won’t receive Persona 5 Strikers in their free bundle, which is free only as a PS4 title. However, Deep Rock Galactic and Dirt 5 would be available for free for both PlayStation 4 and PlayStation 5. What’s even better is that the games this time are available in their full versions, unlike previous times that included only trial versions.

Not free if your subscription lapses

The PlayStation Plus free video games will remain free for you only till the time that you are a subscriber. If you let the subscription lapse, your free access to games is revoked as well. However, you can resume the subscription to start where you left. Your data in the meanwhile remains safe. The catch is however that this free access is rotated after a set amount of time. The games that were made available in December have already been rotated out. That means no free access to them now. The January games will be rotated out in Feb. So, if you want to play, you have to do it fast.

Deep Rock Galactic, Dirt 5, and Persona 5 Strikers are already available to be claimed for free. On Feb 1st, the games will be rotated out with a new set. As of now, there’s no information regarding what those games might be. But until then, these three amazing games are yours to own and play.

What PS Plus video games would you like to see on the list next? And is it fair for these games to have just limited time access even for the Plus subscribers? Comment your thoughts below or write them over to us.