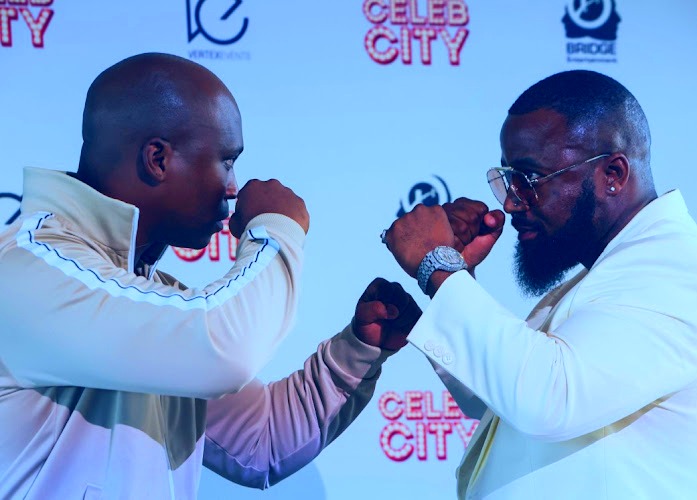 Celebrity boxing matches are a feast to watch always. There has been a very big pre-match tussle in the upcoming celebrity match featuring Cassper Nyovest, who is named Refilwe Phoolo, and NaakmusiQ, who is named Anga Makubalo.

The main event that will be held on Tuesday has a lot of expectations in it. There was a press conference held earlier about the same in which both the celebrities showed their presence. Pamela Mtanga hosted the conference about the celebrity extravaganza that was going to be held from 7th April to 11th April in Sun City’s “Super Bowl.”

Along with the two participants, the conference had the current CEO of Boxing SA, Erik Mazikayezwe, the representative of Celeb City, namely Thato, and NaakmusiQ’s trainer named, Xolosani Nomeva Ndongeni. But, the trainer of Cassper Nyovest was not present due to some reasons. The conference started with an explanation of the event in which it was said that Celeb City includes 46 artists, different kinds of parties, including pool and beach parties. It is a star-filled weekend with music from influential people and has boxing championships in different weights, and female matches are there.

The press conference started on a friendly note as both the artists highlighted the main aspect of their participation. They both said they wanted to bring the hype the boxing industry deserves by participating in the same. As the conference proceeded and both wished to win, Cassper suddenly said that he prays that he has Prince Kaybee and Kiernan Forbes as he expressed this desire as GRUDGES.

He also added that he is confident that they don’t dare to face him in the ring.

Meanwhile, all of them are vigorously practicing for the upcoming session.