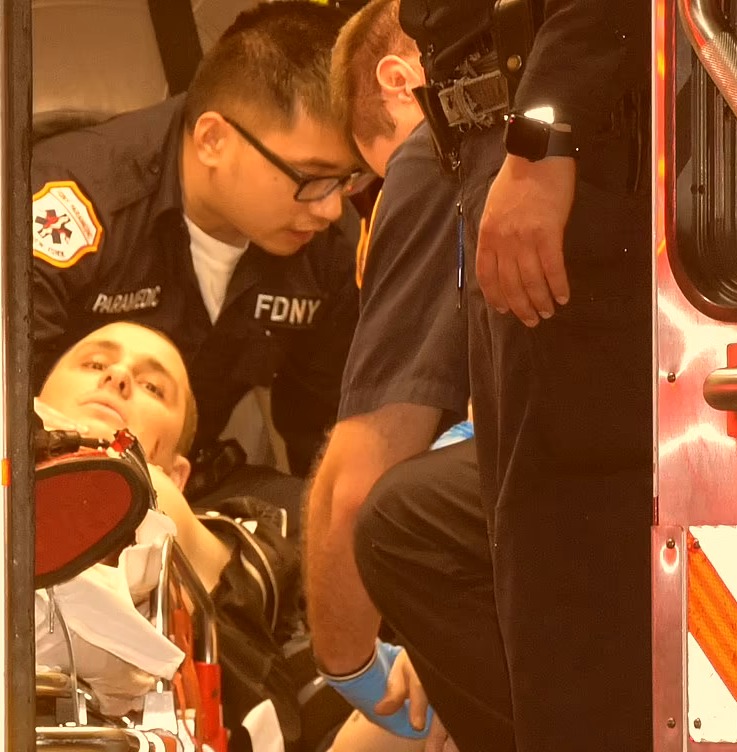 Pierrick Jamaux has been shot for a robbery

A 33-year-old man who was shot multiple times in the leg and groin during a robbery in Midtown in the early hours of the 18th is a Hong Kong-born, French-born cryptocurrency expert who regularly posts on social media.

The New York Post reported that the victim, Pierrick Jamaux, told police that the thief immediately showed up and asked him to hand over his watch after he and his companions got off the Uber of the Midtown Hotel in the early morning of the 18th. The attacker shot him down even before he could react. His wife Sarah Watts, another woman of age 25, and Jamaux were returning to the Fifty Hotel and Suites at 155 East 50th Street from the Sapphire 39 strip club on West 39th Street.

When Jamaux fell to the ground with a gunshot wound, the attackers bent over and tried to take his belongings, but the attackers fled after they were allegedly stopped by a 25-year-old woman who was traveling with him, sources said. Jamaux was then taken to Bellevue Hospital with several gun holes in his legs. The police found 5 shell casings at the scene.

Jamaux is a Frenchman who lives in Hong Kong and also is the founder of Hi, an online banking platform, which describes itself as a “cryptocurrency exchange and mobile banking app for saving, investing and paying.” His company profile calls him a “guru of enjoying life,” and his Instagram account also shows Jamaux and his wife having fun in small towns in Hong Kong and Paris.

He was seen wearing Richard Mille watch in a picture that he posted last December. These watches are luxurious and cost around $1 million and are a favorite among artists like Chris Brown, Ed Sheeran, Kanye West, and many others.

The suspect, who is still at large, was reportedly caught before emerging out in colored clothes on CCTV and escaped into the subway station while hiding under a scaffold to change his clothes.

The case at the moment is being investigated by the NYPD. In the last year, the crime rates have seen a rise of 60%. Robberies took to rise to 56 % with 19 incidents occurring in March 2022. In comparison to last year, shooting the victims has also seen a 9 % rise, rising to 241 which was 220 during the previous year.