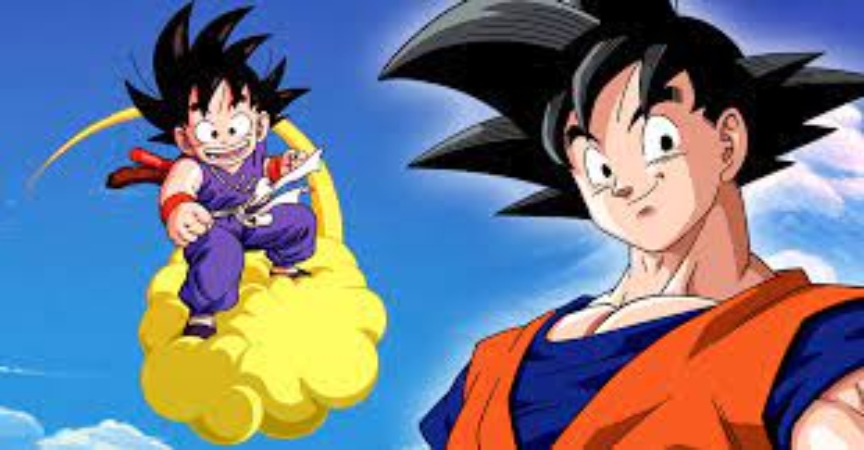 Dragon Ball is one of the greatest and best-selling manga of all time. Created by mangaka Akira Toriyama, the manga has sold over 300 million copies globally and has become a cultural phenomenon that has inspired some of the best mangas out there such as Naruto, One Piece, Bleach, etc. The series follows Son Goku, an alien from the race of “Saiyans” that was sent to Earth to conquer it but instead was found by a kind man who helped him become a noble and great warrior and became the protector of Earth instead.

The series follows Son Goku and his friends in the search of mystical “dragon balls” that can grant any wish of the beholder. Today we are here to talk about the series and its protagonist, the beloved character of Son Goku, and how old he is in various parts of the series that follow his life’s adventurous story.

The first part of the series sees Son Goku as a child in his quest to discover the legendary Dragon Balls as he crosses paths with teenage Bulma. Son Goku, upon meeting Bulma, reveals that he is 11 years old at the time. The remaining part sees Son Goku training under Master Roshi along with his best friend Krillen as he goes on to compete in the 21st World Martial Arts tournament.

Later in this part Son Goku embarks on a quest to defeat King Piccolo and his son in the 23rd World Martial Arts tournament and went on to marry Chi-Chi at the age of 18.

5 years had passed since the events of the last part so Son Goku is now 23 years old at the start of this part along with a 5 years old son with his wife, Chi-Chi. The first arc sees Son Goku fighting Raditz and dying at the age of 23. He does come back soon after to defeat Nappa and Vegeta. Although it took him a year to come back from the afterlife due to the concept of time dilation, he was 24 years old but he remains to be 23 years old physically once he comes back to life and ends up defeating Vegeta.

He defeats Frieza and returns to Earth to train with the Z fighters for 3 years. He then goes on to train in the “Hyperbolic Time Chamber” with his son, Gohan, where time passes slower than the outside worlds and trains in the chamber for a year to face Cell in his tournament. Goku ends up dying in the tournament and is not resurrected for 7 years until the Buu Saga, so that makes him 27 years old physically but in reality, he is 34 years old by counting the years he was dead.

Read Also:- Kayley Milor is being mourned by the internet after her tragic demise