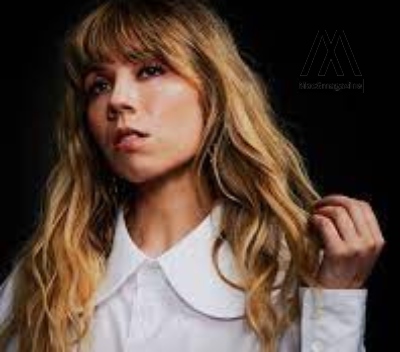 iCarly, Sam & cat actor Jennette Mccurdy has cleared all air around the naming of her new Memoir. She was a famous face on nickelodeon. She made a show a couple of years ago am glad my mom died and now she is releasing her memoir with the same name. Her fans supported this monstrous name but this is how fans are. they would defend anything by their favorite star. No Jennette is letting people know why she has chosen such a cruel name for the memoir.

Jennette McCurdy revealed it all about her experience:

Jennette in a recent interview spoke freely about her career as a child actor and the intense relationship with her mother. She explains that her mother was not kind and abusive to her.

Jennette McCurdy told how she reached the title of the memoir, she said it was not an instant decision.

She wanted to write a title that interests and provokes people. she thought about it a lot.

Jenette has already talked about her cruel mother in the past. Debra McCurdy died in 2013 while she was suffering from breast cancer. The actress will share the pain of her entire life in her book. the title of the book and pictures are contrasting. she is running happily and it seems she is so joyful her mother died.

jennet’s older brother Marcus McCurdy said the title is really bad as per some of her relatives. He believes his sister faced abuse and he should stand up to her. the Title has divided the family but it is what it is.

Grandmother of Jennet McCurdy is unhappy with Title:

He informs that his grandmother is really unhappy about the title.

she can laugh about it or weep about it, you have to learn to cope.

Jennett felt humiliated due to her nickelodeon past and now when Paramount+ is reviving the iCarly, she won’t be a part of it.

iCarly revival is released and the show reveals Sam’s absence. Carly has found a new best friend. But she misses her old best friend and his joyful ways.

Jennet has no intention of going back to acting. clearly, she is very hurt but there is a high possibility after some years when the wounds heal she would want to become an actress again. this is how it works in Hollywood. her brand would be dead in some years and then she would want to work again and it would be a new journey again. She might receive small roles after some years and if people love her work she will get better roles again. a sitcom would be an ideal return for her.

Read More –Kathy Shoopman dies at 73. She is termed a legend by some people