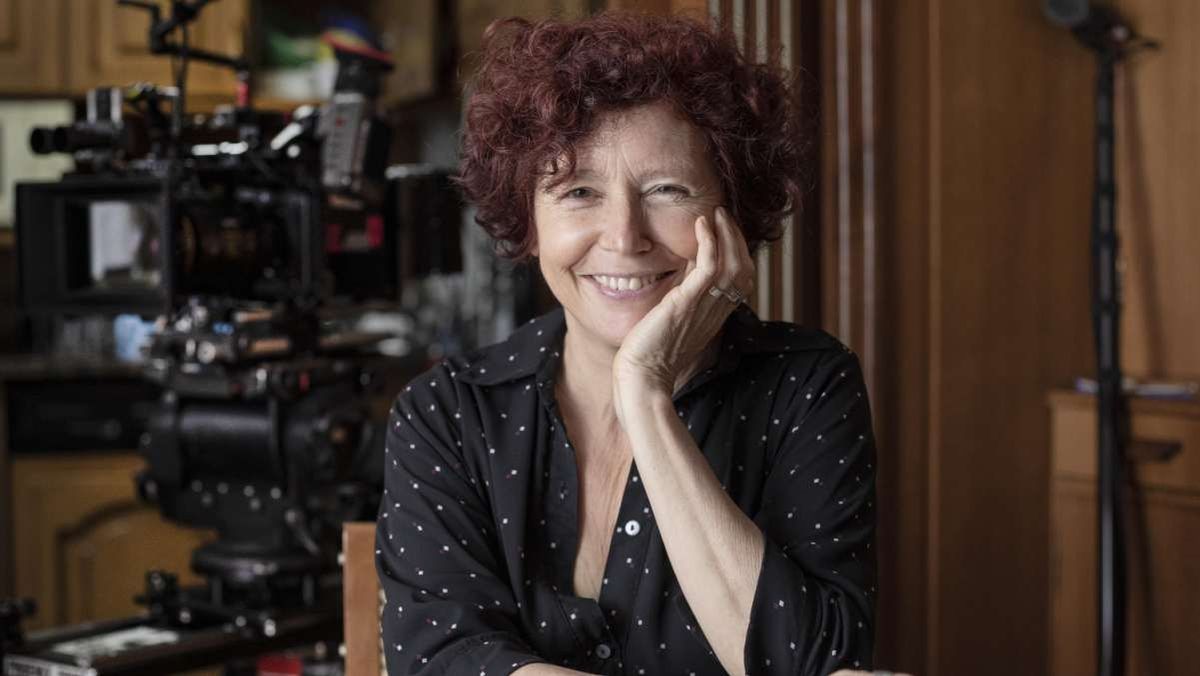 Icíar Bollaín , as a good actress that she is, continually changes her register as a director with each new film. Without going any further, the jewel author of Spanish cinema such as I give you my eyes has shot in recent years the biographical Yuli, a comedy like Rosa’s wedding and now, she takes a leap into the void with the drama based on real events, Maixabel , which will become another fundamental title in his filmography. In this film, he works once again with Luis Tosar and recruits a measured Blanca Portillo and newcomer María Cerezuela. Another important name is that of the unknown Urko Olazabal, a mature actor who has surprised by his acting quality.

Together they recreate the life and attitude towards it of Maixabel Lasa , the wife of politician Juan Maria Jaúregui, murdered by ETA, who agreed to meet the ETA members who killed her husband. It is a film full of emotion, of truth about reconciliation and forgiveness, about guilt and loneliness. A commendable attempt to heal the open wounds in the Basque Country with sincerity and humility, without pretending to give lessons to anyone, simply sticking to authenticity as much as possible. The script, written by the director together with Isa Campo (La propera pell) is a goldsmith’s mechanism to which the actors respond with solvency. Icíar Bollaín herself explains the curiosities of the filming.

-A matter of time. “The main difference with what actually happened was that we had to condense in a shorter period of time what happened in almost a decade. The meeting between them was later, in 2011 at the mediator’s house, as in the film, he went to the tribute two years later … In essence it is the same but we changed the times so that the dramatic arc would not be lost ”.

-The contribution of the real characters . “Isa Campo and I spoke a lot with Maixabel and her daughter, we were at the tribute to Jaúregui and we interviewed both them and the exetarras. During the writing process we called each other constantly. For example, we asked Ibon about things in prison, what it was like inside, how they organized their cells, we wanted to be as faithful as possible to reality ”.

-Reconstructing the encounters. “The conversations they had are very faithful in the film. To achieve this, we spoke with them, with the mediator and with another mediator who was there and we have reconstructed a large part of the dialogues. For example, Maixabel asked both of them the same thing at the beginning, if they knew who her husband was and what he had done, but it only comes out in one of the two. They were meetings lasting about three hours and some sentences are verbatim like the one Maixabel says: I’d rather be Juan Mari’s widow than your mother. ”

-Separate tests. “The scene between Blanca and Urko was done in a more conventional way, they rehearsed together and then saw how the scene had turned out. But Blanca didn’t know Luis very well and she imposed a lot on him . He is a sweetheart, a joking big boy, but he doesn’t give that image and impresses. Blanca told me that she wanted to preserve the surprise, that they meet for the first time when they go to shoot the sceneand it seemed like a very good idea. For five weeks we were rehearsing with the two of them separately, I was like the mediator.

They did not have many scenes together but they could coincide on the set and we tried to prevent them from meeting. When the moment arrived, a solemnity was built, there were many nerves and great expectations and we did not rehearse on that shoot. Luis sat down, then Blanca arrived and they began with their sentences. In the end, we edited the first take that we shot and that moment had been very special, not as special as the real one, of course, but there was something to it ”.

-Changing location . “Actually, Jáuregui was not killed in the casino like in the movie, but in a cafe on a fronton. We tried to record there but it was under construction and it was very complicated , so we decided to change it for another emblematic place like the casino ”.

-The colors of the characters. “To set the Maixabel and Ibon houses we tried to play with the color palette. For her, gray, blue and warm tones while he was marked by the yellow and brown of the prison or his home, made of wood. They were part of their stories. Abroad, he also lives in a prison, in his neighborhood, in the ETA world. Until, finally, they meet ”

-Over time. “The real-life mediator was pregnant and we grew bigger as the action progressed. This detail in a shoot is a real headache because it forces you to show how time goes by. Babies are also growing and it is another problem, they are two elements that give you away ”.

-In the royal prison. “The Nanclares de Oca prison has been closed for a long time, since now there is a new prison, and we were lucky enough to be able to shoot there and it is as is. In module 4, where they were, there are still lists with their names, with the tasks they had to do. They self-managed to throw out the rubbish, clean and they were still on that wall. It was wonderful to shoot where things really happened ”.

– Unconfined babies. “It was very difficult to shoot with babies because they were children born during confinement who had never left the house or been with anyone other than their parents. As soon as they let go of their mother, they cried. We were extremely lucky because the second one that comes out is the son of the actor who works as a journalist who is with Jaúregui (Jaime Otamendi), a one-year-old baby, the father was nearby and the little one was gaining confidence ”.

-Mounting the intensity. “With the actors we did several takes of the dramatic scenes and in some they had to be more excited than in others. Later, in the montage, we measured the intensity we wanted . Personally, I am more impressed when I see them struggling to contain their emotion than when they break down in tears, I think that is how they communicate more ”.

-Do you eat them or leave them? “In the scene where Luis eats at his mother’s house, he was nervous and tense and he ate seven plates of lentils , he couldn’t eat any more. I was in a hurry because I had to do it from several shots, not just the front, but also the back and the mother, about 25 takes. A whole pot of lentils is over ”.

-With the help of your friends. “Shooting the final scene was very nice because Maixabel herself and her real gang friends, whom we had met during one of the tributes, were there. When we were setting up the scene we thought we could call on them to be extras and the truth is that they gave it an additional meaning. They were very excited and excited to be there. They spent ten hours singing in the mountains and they didn’t care, it was beautiful because there was a lot of truth to breathe ”.

-A decade later. “I have reconnected with Luis, with whom I have shot several films, but we have not met in 11 years. And it’s fantastic because a lot has happened to her in her life, she has had children, she has made more movies. It is the same human and earthly person, with a very well furnished head, simple and hardworking. You have to see how dedicated he is as a father … Now we share other things , I love him very much because we have been together for a long time and we have lived so many adventures ”.

-Cough with more hair . “We discussed a lot about whether we had to put more hair on Luis in the first scenes, because he already has an image like that, we all know that he is bald and it is strange to see him differently. I shot his first movie with him (Flowers from another world) at the age of 27 and he was already bald at the time. That’s why we only add a little hair, something very subtle that gives the feeling that time has passed, but we were not going to put a fringe … ”

-A conscientious team. “During filming there was a lot of respect for the subject we were dealing with. Most of the team is Basque and I knew them very well, but the atmosphere was full of camaraderie. There was something nice because they knew they were doing something that was very worthwhile, very positive . It was something that touched them very directly and was very important to them, it generated a lot of empathy. They cannot choose which film to make, whether they like it or not, but here there was a lot of complicity, they contributed a lot, they got involved . They told me that some detail would not do it like that and, despite the harshness of the subject, we were not sad to shoot “.

-The surprise of the movie . “The discovery of Urko Olazabal (Luis, the other ETA member) is the merit of Mireia Juárez, the casting manager, who moves every stone until she finds what we are looking for. Urko has been teaching acting classes for many years, but not making characters , he is practically unknown, we have seen very little of him. And he is a formidable actor, he has credibility and makes an impressive character, those looks, those silences. Impress ”.