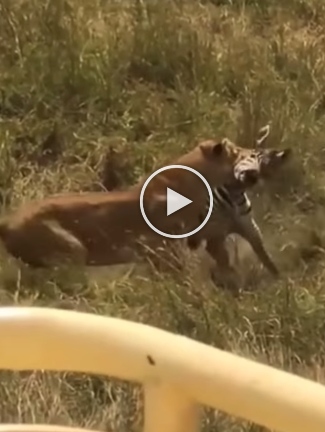 In a viral video, a zebra protects her baby against the lioness

How did the zebra finally get rid of the lioness?