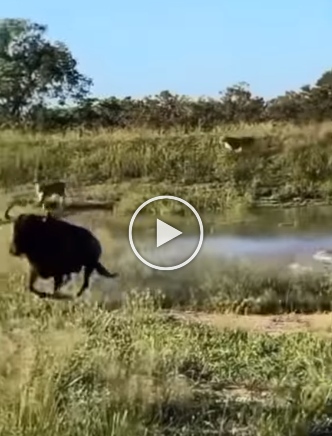 In a viral video, the life of wild beast gets saved from a herd of lionesses

How did the wild beast save its life from the lioness?

This video was posted on Instagram on an account called “Wildlife Stories” which currently has over 3 lakh views and is liked by over 9k users.