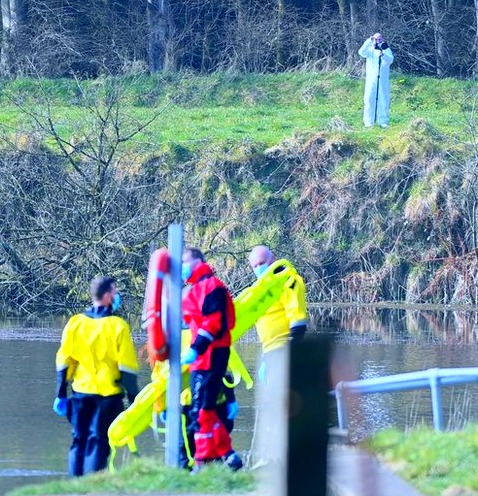 In the Rathcoole investigation, two body was arrested after it found in the water.

Police have launched a murder investigation after a man’s body was found in the water close to the Councillors Road area of Carrickfergus. Two bodies were found. Both the bodies have been arrested for a suspicious murder one was of 68years and the other 32 years. On Monday, just before 6 am in the activity in the Derrycoole Way area of the Rathcoole estate in Newtownabbey, Police has been arrested the body after a suspicious report. A car in the estate has since been taken away in a lorry by Police.

What said by detective chief inspector-

Ray Phelan, a Detective Chief Inspector, said: “Just before 6 am, local officers received a report of suspicious activity in the Derrycoole Way area of Rathcoole in Newtownabbey. “Responding officers subsequently located and stopped a silver vehicle just before 7 am in the Clonmore Green area and arrested the two male occupants, a 68-year-old and a 32-year-old, on suspicion of murder.

What was said by the Police-

Police said, “I can confirm that the body of a male has been discovered in the water close to the Councillors Road area of Carrickfergus just after 8.45 am this morning. And also said that at this time, he is taking it as a murder “A post-mortem examination will take place in due course, but I am treating his death as murder at this time. On 28 March 2022, “I am looking for anyone who was in the area of Derrycoole Way in Rathcoole or Councillors Road/New Line area of Carrickfergus in the early morning hours who can witnessed anything or anyone with any or some of the information that can help in the investigation contact Detectives on 101 quoting reference 244. “

Any information can be provided to the independent charity Crimestoppers on 0800 555 111, which is 100% anonymous and gives people the power to speak up and stop crime.”