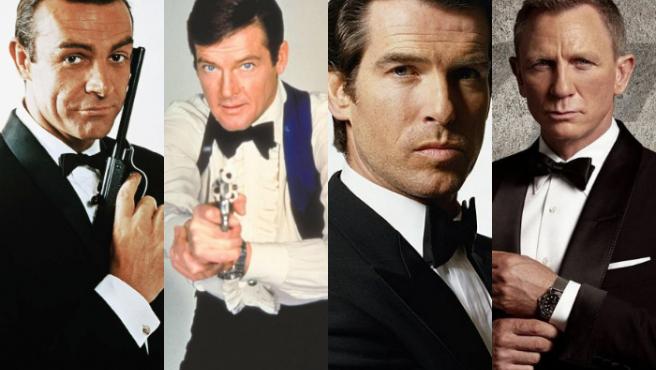 In the world of high international espionage, there are difficult missions, then there are the impossible ones … and, finally, there are those in front of which even the most hardened Double Zero agent of MI6 would poop. Like, for example, assigning a continuity to the James Bond films.

Do you think we are exaggerating? Not even in dreams. Think that we are talking about a serial that covers 25 films, shot by 59 years, and through which six actors have passed, from Sean Connery to the recently emigrated Daniel Craig.

As if that were not enough, in addition, only the films starring the latter have made an effort to show us a story that explicitly extended between one chapter and another, beyond winks or occasional references.

But Bondianos love risk, so over the past decades, interpretations of 007’s career have proliferated like mushrooms. From what we could call “unified Bond theory” to that one according to which ‘James Bond’ is an alias that different MI6 agents have adopted since the end of World War II until today.

Do we want to get into these gardens? Not even remotely, that it does not come out of them. What we are going to offer, with the help of the Collider website , are various ways of distributing James Bond films (we insist: there are 25), giving them a certain thematic thread.

Of course: do not look here for the first Casino Royale (1967) or Never say never again (1983). The first is a parody, and the second an apocryphal work that took advantage of legal disputes (and the presence of Connery), but neither are considered official parts of the saga.

Neither the initial rejection of the writer Ian Fleming, nor a premature baldness nor that tattoo that read “Scotland Forever” prevented the Scottish actor’s charisma from being coupled like a glove to that of our favorite secret agent, defining his cinematographic profile in a way indelible.

Following this order allows us to enjoy the first installment of the serial (007 against Doctor No), two of its culminating points (James Bond against Goldfinger and You only live twice) and also two films that are somewhat less profitable, depending on your tastes, such as Operation Thunder and the last Diamonds for Eternity.

In short, a waste of sixties molonez that would leave a mark for the remains in the genres of action and espionage. And a series of six films (before we forgot to mention From Russia with love) whose zero concern for futesas such as continuity or the dramatic arc of the character allows us to begin our review calmly.

It turns out that the ‘Tracy’ in question is Countess Teresa di Vicenzo (Diana Rigg). Or, what is the same, the only woman capable of taking James Bond to the altar. The love story, which ended tragically, took place in On Her Majesty’s Secret Service, a film little recognized within the canon of the saga as it starred the short-lived George Lazenby.

Be careful, yes, because his marriage to Tracy and her death at the hands of the perfidious Blofeld was, for a long time, the closest thing to a past that all the incarnations of James Bond shared (except that of Connery).

Thus, Roger Moore recalled his mournful widowhood in Live and Let Die and The Spy Who Loved Me, and settled accounts with Blofeld once and for all in the prologue to For Your Eyes Only. As for Timothy Dalton, he had occasion to regret the fact in 007: License to Kill, when he attended the wedding of his colleague Felix Leiter.

Thus, following this continuity is the only one that guarantees us that the different James Bonds we see on the screen are, unequivocally, the same person.

George Lazenby, Roger Moore and Timothy Dalton as James Bond.Pierce Brosnan as James Bond.Cinemania
For some, the films starring Pierce Brosnan were a welcome reunion of the saga with its more playful aspect, after the seriousness and violence of the ‘Dalton era’. For others, the succession of films that started with GoldenEye is the weakest and most perishable stage of James Bond, starting with those CGI credits that now sing at a distance.

But, once again, that is taste. What we can say is that the deliveries starring Brosnan broke ties very quickly with their predecessors. It is not only that most of the veteran actors of the saga have already retired (Desmond Llewelyn, the original interpreter of Q, held until The world is never enough) but that the references to the superagent’s past disappeared completely.

Some bondologists, yes, interpret dialogues from some of these tapes as very veiled allusions to Tracy’s death. And we cannot forget the ineffable M of Judi Dench accusing 007 of being “a sexist and misogynist dinosaur, a relic of the Cold War” as soon as it debuted. But those, in our opinion, are allusions for fans with no repercussions on the plot.

Thus, the continuity that began in 2005 with Casino Royale has shown us the promotion of James Bond to Agent Double Zero and has had its equivalent to the death of Tracy with the romance between the agent and Vesper Lynd (Eva Green). In successive installments, he has also shown us the spy facing the past of his family (Skyfall), discovering unsuspected kinship ties (Specter) and even finding a new love in Madeleine Swann (Léa Seydoux).

Come on, the ‘Craig era’ allows us to assure, from its first installment, that it is not an addition to the previous fuzzy continuity, but a reboot with all the letters. Now, has it lived up to its predecessors, despite its ups and downs in quality? We do not know, because pronouncing that verdict is something that corresponds to the fans.