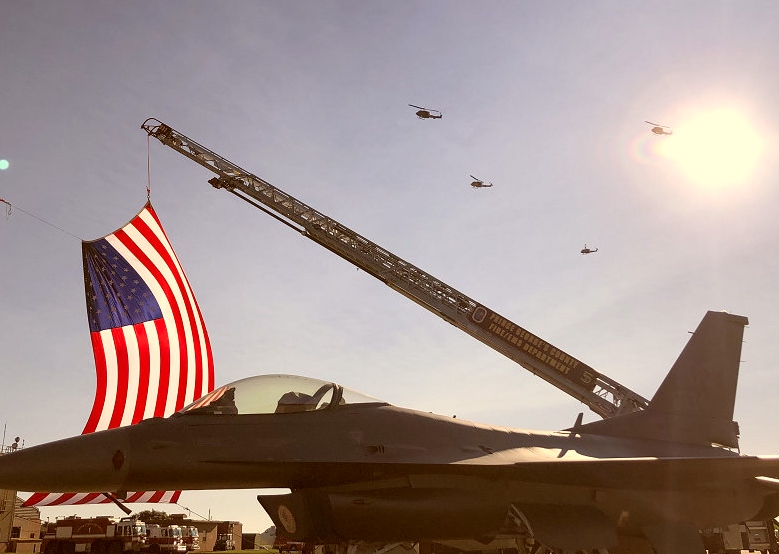 According to military officials, a 17-year-old was arrested. Another person escaped after they drove through a checkpoint at the military base in Maryland where the president and vice president traveled to and from Washington. They claimed the teen, who was not recognized, was armed when detained. The security breach occurred at Joint Base Andrews in Prince George’s County, Maryland, in suburban Washington, when Vice President Kamala Harris and four Cabinet members arrived at the base, which was placed on lockdown for several hours.

According to a statement from the base, the officials halted the pair’s vehicle with “barriers” as they drove through the checkpoint at the base’s main entrance. The two then fled the stolen vehicle, according to officials. The 17-year-old was captured and is still in prison, and a search of the base revealed that the second intruder had “left the installation.”

According to the base, no shots were fired during the incident:

Ms Harris, her husband, Doug Emhoff, and the four Cabinet members — Education Secretary Miguel Cardona, Transportation Secretary Pete Buttigieg, Housing Secretary Marcia Fudge, and EPA Administrator Michael S. Regan — had just arrived at the base on Air Force Two when the security breach occurred, according to reporters traveling with them.

Ms Harris and Mr Emhoff were safely taken off the base on Marine Two, the vice-presidential helicopter, after returning from a trip to Selma, Ala., to celebrate the 57th anniversary of the civil rights march on the Edmund Pettus Bridge. But, according to the reporters who traveled to Alabama with Ms Harris, it was unclear whether they left before or after learning about the lockdown. An intruder at the base boarded a jet normally used by key government officials and military leaders in February 2021. The intrusion prompted authorities to order a security assessment at all Air Force bases across the world.

A similar lockdown occurred at the facility in 2016 following allegations of an active shooter, grounding then-Vice President Joseph R. Biden Jr.’s trip to Ohio. It happened on the same day that the base was supposed to hold an active shooter response drill. The reports of a gunman were shown to be erroneous.

The base is no longer under siege:

Vice President Kamala Harris and many cabinet officials arrived at the base late Sunday night following a trip to Selma, but they had all left by the time the incident occurred. “Another reporter and I are in a shuttle vehicle that is being held because of [the] incident,” said NPR reporter Scott Detrow. “Guards blocked the shuttle journalists were taking from the terminal.” They pulled out firearms and searched our van.” Joint Base Andrews is located in Maryland’s Prince George’s County and is the home base for numerous planes used by high government officials, including the president and vice president.