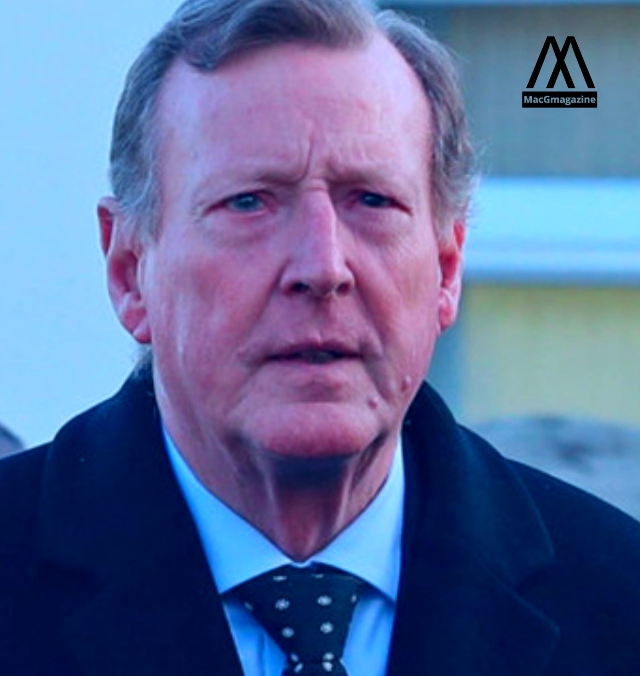 David Trimble ended the years of conflict in a UK province in 1998 and he was awarded the Noble peace prize. He shared the prize with republican opponent John Hume.

Ulster Unionist party confirmed the death of their member David.

David will always be remembered for his work in getting a peace deal done between the conflicted area of the UK. he was also accompanied by his Republican opponent John Hume. to deal with the opposition and come up with a peaceful solution making the situation very unique, he was given the noble peace prize.

“It is with great sadness that the family of Lord Trimble announces that he passed away peacefully earlier today following a short illness,” the UUP said in a statement.

Trimble was the runner part for 10 years since 1996. He was a member of the house of lords, the upper chamber UK parliament.

“A political giant, a courageous politician, a staunch unionist, and a friend,” Doug Beattie, the current UUP leader, tweeted, adding in a statement he was “a man of courage and vision”.

David won a Nobel peace prize for resolving a conflict in England:

there was a violent conflict going on in Ireland that killed over 3500 men and David was the brain behind the peaceful solution. His work in that particular era will be known as statecraft.

there were people opposing his views in his own party, but he took strong decisions and mainland England and Ireland were brought to the table together.

David Trimble was the first minister of Northern Ireland:

he became the first minister usually called the prime minister of Ireland and he was supported by SDLP deputy leader Seamus Mallon who deputed him.

“His legacy as an architect of the Good Friday Agreement will live on forever,” he tweeted.

“The people of the UK owe him an immense debt of gratitude for all he achieved for our Union.”