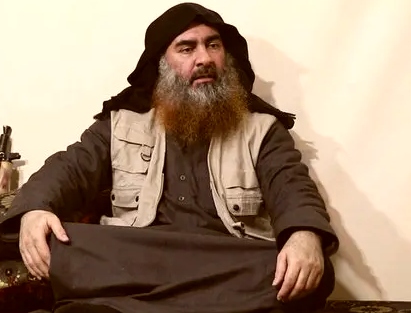 As per two Iraqi military sources and another Western security insider, the new chief leader of ISIS, whose recruitment the organization proclaimed on Thursday, is the brother of the dead ex-leader Abu Bakr al-Baghdadi, Abu Al-Hassan Al-Hashemi Al-Quraishi. ISIS, a descendant of Al-Qaeda’s brutally repressive Iraq wing, has its origins in an Islamist uprising against the USA military when they seized Iraq in 2003 and overthrew Sunni Muslim tyrant Saddam Hussein. Abu Al-Hassan Al-Hashemi Al-Quraishi is elected as the new leader of the group after the death of ISIS’s previous leader Abu Ibrahim Al-Hashemi Al-Quraishi. He was an Islamic orthodox savant and former military man in Saddam Hussein’s forces who led ISIS from the background for almost two years. He was brutally murdered in a US special forces operation in northern Syria in February where he exploded a bomb that managed to kill him and his family.

Who is Abu Al-Hassan?

Several Iraqi armed officers announced to the world on Friday that the emerging commander’s true name is Juma Awad al-Badri, and that he is Iraqi and Baghdadi’s older brother. The two terrorists were siblings, according to a Western security officer, although he could not indicate which was the elder one. This will be the first time this information has been made public since ISIS named a new chief. Since they’re not permitted to speak on the record, the sources spoke on the requested anonymity. However very little is understood regarding Badri, but he seems to be part of a small group of mysterious, combat-hardened Iraqi jihadists who arose in the midst of the US-Iraq war in 2003. According to one of Iraq’s intelligence agents.

“Badri is an extremist who joined Salafi jihadist groups in 2003 and was known to constantly follow Baghdadi as a close confidante and Islamic law counsel.”