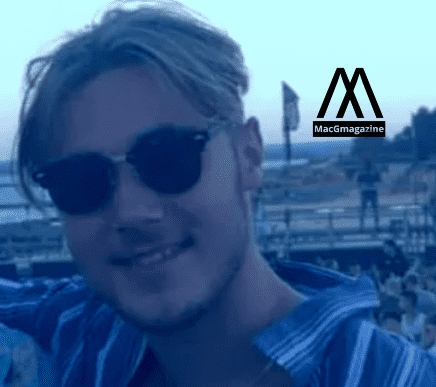 Jack Fenton died on the spot after he was hit by a rotor, it is said that he was on the phone when the accident took place.|

his friends are extremely angry over the claim that Jack was responsible for his death.

jack Fenton and his 3 friends came to enjoy Athens on Monday on a helicopter. he got off the copter and hit one of the tail blades.

three people including the pilot were arrested in the same case but after basic interrogation, they were let go.

Greek officials have claimed the group was taken to a private lounge but Jack Fenton came back running for a selfie towards the helicopter.

Ioannis Kandyllis, president of Greece’s committee for aviation accidents is looking into the matter. he says authorities shouted at him to stop but his phone was in his ear.

Ioannis Kandyllis told the Daily Mail: ‘All four passengers had disembarked and were escorted to a private lounge awaiting a private flight for London.

‘But as they were in the lounge the victim broke away and returned to the tarmac rushing to the helicopter at a fast pace.

‘Witnesses we spoke to said he had a phone to his ear and was walking fast to the aircraft, defying ground crew shouting to him “Stop! Stop!”

‘Within seconds the tragic accident occurred. It was horrific.’

‘No instructions were given when exiting the helicopter and no one escorted us to the lounge. All they did was open the doors for us.

‘We disembarked on our own and no one stopped Jack from going to the rear of the helicopter. None of us reached the lounge before the accident happened.

a British official made the following statement on death.

‘We are supporting the family of a British man who has died in Greece and is in contact with the local authorities.’

A statement from Mr. Fenton’s employer, social media agency Ball Street Network in London, to the BBC said: ‘Our team is in shock having just found out about this tragic news.

‘Our love and thoughts are with Jack Fenton’s family and friends.’