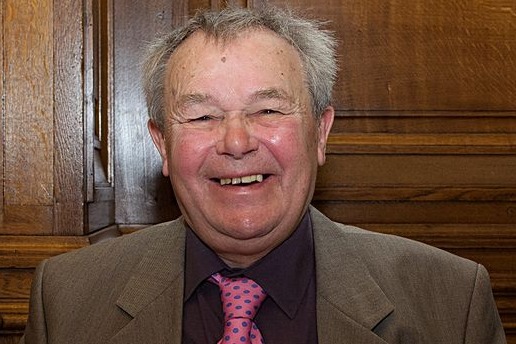 Jack Smethurst, the star of Love Thy Neighbour, died at 89. The actor was best known for his role as Eddie Booth in the controversial sitcom Eddie Booth, which aired on ITV from 1972 until 1976.

According to the Daily Star, actor Jack died quietly surrounded by his loved ones. Eddie also starred in The Love Of Ada, Carry On Sergeant, The Rag Trade, Dinnerladies, Here’s Harry, Watch Your Stern, and Doctor At Large, in addition to Love Thy Neighbor. Jack was born in Manchester’s Collyhurst neighborhood on April 9, 1932.

All about Jack Smethurst shows:

Before being cast in Love Thy Neighbour, the actor studied at the London Academy of Dramatic Arts.

The show followed the lives of two Twickenham neighbors, one white and the other black.

The show, written by Vince Powell and Harry Driver, concentrated on the two couples’ race fighting but was frequently chastised for spreading racial stereotypes.

Its supporters believed it was created to alleviate racial tensions by exposing racism at its most ludicrous. A 2007 reboot, in which the key characters’ roles were switched, was short-lived.

The comedy was about “a black person and a white guy being terribly foolish,” wrote Rudolph Walker, who played the black neighbor in The Guardian in 2001. During a BBC Radio 4 interview in 2016, Jack said that his acting job had virtually dried up after he appeared on the show, claiming that he’d been ‘typecast.’

In 1972, he got his most prominent role in Love Thy Neighbour, in which he played Booth, a white socialist who is stunned when a black couple moves in next door. His bigoted views and words were frequently contrasted with his wife Joan, played by Kate Williams, who was more accepting of their new neighbors. The ITV series, which has since been criticized for portraying race issues, aired for eight seasons between 1972 and 1976. Tommy Cannon, a comedian, was among those who paid tribute. “Sending condolences to jack Smethurst’s family, our first panto season together,” he wrote on Twitter.

Very sad to hear that Jack Smethurst has passed away at the age of 89 R.I.P Jack 😇🙏 pic.twitter.com/V5d2r7mIM6