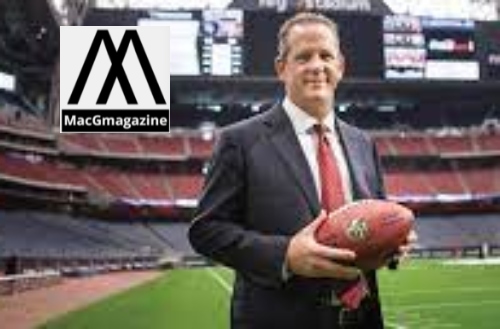 The wife of Jamey roots has confirmed the death of 55-year-old Jamey. He was the first team president in Houston Texans history and his death was announced on social media by his wife so that makes it very clear that it is not fake. a lot of times fake news of death is spread to gain attraction but this is real news.

Melissa Wildgen Rootes shared the sad news on the social media site Facebook, She confirmed that her husband died in Houston on Sunday following  a “battle with mental health issues.”

“Jamey was best known for his devotion to his family and friends but was also former President of the Houston Texans, retiring in 2021. Jamey was a dedicated Houstonian who loved his city and touched so many lives through his professional, academic, and philanthropic work. Our family is requesting privacy and will not be responding to media inquiries.”

She shared a number in the end for people who are suffering from mental health issues “If you or a loved one are thinking about suicide, or experiencing a health crisis, call the National Suicide Prevention Lifeline right now at 1-800-273-8255.”

“We are heartbroken to learn that former Houston Texans President Jamey Rootes has passed away,” the statement began. “For two decades, Jamey led our business operations with an unwavering commitment to Houston and the Houston Texans. We are grateful for his steadfast leadership and immeasurable contributions to our team. Our thoughts and heartfelt condolences are with Jamey’s wife, Melissa, and their two children during this extremely difficult time.”

Rootes worked for Texans for 20 years:

Rootes was given the responsibility of team president by late owner Bob McNair, in 2002, the Texans played their first NFL game. His work was so tremendous that he was on the post for 20 years and then he was replaced by current president Greg Grissom in March.

Rootes after a long time Texans’ tenure joined as CEO of MLS team Houston Dynamo and NWSL team Houston Dash but he left the job after 18 days at work. maybe it was health issues or some other personal stuff no one knows about

Read More – Margaret Urlich dies at the age of 57, family confirms the death of the singer