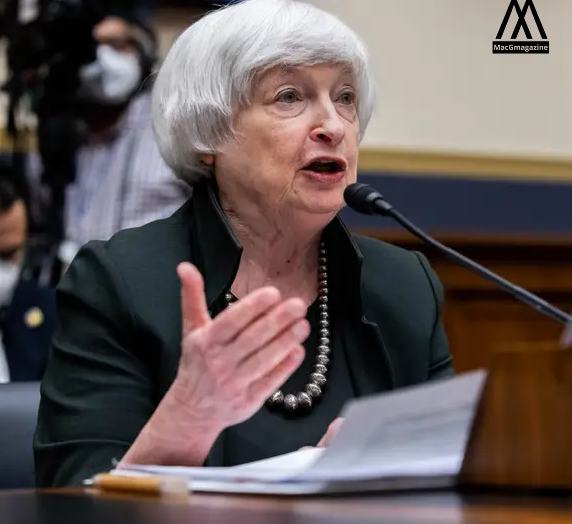 What did Janet Yellen state?

Treasury Secretary Janet Yellen stated on Sunday that a US recession is not “inevitable,” only days after the US Federal Reserve raised interest rates, stoking fears of a downturn. On ABC’s “This Week,” she added, “I expect the economy to decelerate” as it transitions to stable growth, but “I don’t think a recession is at all inevitable.”

The US economy has made a solid recovery from the effects of Covid-19, but rising inflation and supply-chain snarls aggravated by the Ukraine conflict have added to the pessimism. The US central bank increased the benchmark borrowing rate by 0.75 percentage points on Wednesday, the largest increase in nearly 30 years, sending Wall Street markets tumbling.

Also, economists are concerned that consumer confidence is eroding, with people deferring vacation plans, dining out, and home improvements. “Clearly, inflation is unacceptably high,” Yellen admitted, blaming it partially on the war in Ukraine, which has pushed up energy and food prices. However, Janet stated that “a decline in consumer spending is unlikely to be the cause of a recession.” Yellen said that the US labour market is “perhaps the strongest of the post-war period,” and that inflation will moderate in the coming months. “That’s going to take skill and luck,” she said of Fed Chair Jerome Powell’s efforts to keep inflation under control while maintaining labour market strength.

Many Americans are concerned about rising gas prices, which have approximately doubled in a few years to around $5 per gallon. Yellen expressed openness when asked about ideas for a temporary suspension of federal gas taxes. She stated that US President Joe Biden “wants to do everything he can to help consumers.” “And that is surely a notion worth investigating.”

Yellen declined to comment on whether Biden may go further to cut consumer prices by raising taxes on Chinese goods. “It’s something that’s being considered,” she added of reworking Donald Trump’s tariffs. “I don’t want to jump ahead of the policymaking process.”

Treasury Secretary Janet Yellen offered a dose of optimism even as economists grow increasingly worried about a recession fueled by skyrocketing inflation and the Russian invasion of Ukraine.https://t.co/jTUnWfo34d

Read Also: Jenny Slate of Milton was honoured at the Provincetown Film Festival for her film “Marcel.”