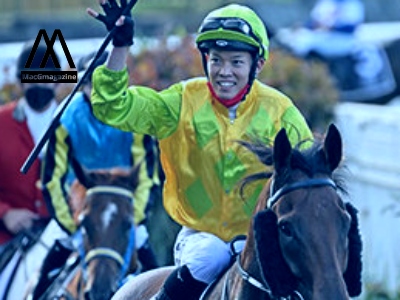 Jockey Taikie Yanagadi was admitted to Waikato Hospital after he met a serious accident while horse racing at Cambridge last Wednesday.

The 28 years Jockey was taken care of by his mother Kayano and one of his two sisters Chiaki when he was breathing his last. They immediately arrived from Japan upon hearing the news. His head and spinal cord were severely compromised in the accident.

He was in an injury-induced coma since the accident. He never was able to walk again. even if he would have survived he would never be able to stand on his legs again.

the race took place at the artificial track meeting last Wednesday where he failed.

Yanagida’sn riding helmet fell off when during the accident, the horse also crashed on him, the horse could not save the rider in the sudden accident and he hit him harshly on the back.

The incident shocked the racing industry experts. the professional jockeys are a tight circle and it has hurt them a lot. It’s been six years since a jockey’s death. The last time such an incident happened in New Zealand with Rebbeca Black at Gore in which she died.

Taiki Yanagida was aware of his mother’s fears:

Yanagida showed interest in horse racing at 18 and that is when he took it seriously. The horse racing industry knew him as a tiger and he was raised and born in Japan. He learned to ride in Australia and later moves to New Zealand.

In a recent conversation with the media, he said his mother was cautious of his decision of becoming a Jockey. it is a dangerous profession and one bad fall can ruin your life.

“I wanted to try and become a jockey but my Mum didn’t agree, she said I must to go to university first, ” Taiki said in June.

“I completed one year at university before I said I was going to Australia to train to be a jockey.”

“Now my mother is happy for me, she knows I am doing what I always wanted to, but she still worries about me and is always going to the temple to pray for my luck and safety,” he said just two months ago.

Taiki Yanagida spent a lot of practice into his craft and he was dedicated:

He was serious about his craft and he learned in New Zealand from the best of the best. Andrew Scott and Lance O’Sullivan. Lance was an all-time champion of Jockeys.

“He was a good young man, very dedicated to his career,”.

“He had to be because he was quite tall for a jockey so had to work hard to keep his weight under control but that became his other passion, being a fitness fanatic so he could keep being a jockey.

“He wasn’t a natural jockey when he first came to us but worked so hard he got better and better.

“It is a very sad day for everybody who knew him and the racing industry.”

“He was a very special friend and he told me a few weeks ago he wanted to help me become the leading apprentice this season,” said Kumagai.

“He loved riding and worked so hard to stay fit so he could be better at it. He always wanted to improve.