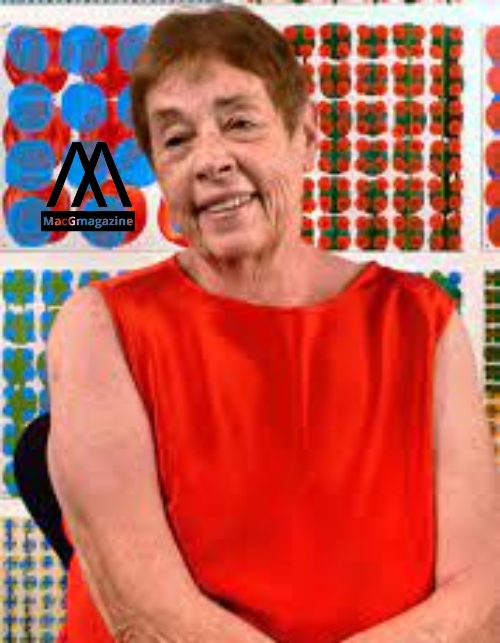 bartlett was looking for shows at beginning of her work. Paula cooper’s gallery gave her the space to showcase her work. in fact, her death was also confirmed by Paula Cooper.

bartlett had a unique take on painting. her work was entirely different from her era of painting. she was known for having a different eye than his colleagues.

Her work was a combination of abstract art and minimalism. Her work was not hampered despite her diving into abstract mode.

Jennifer Bartlett was vibrant in her art:

Her subjects were vivid imaginations and she did not stick to one category of work.

She made paintings that could take entire walls and she also worked on relatively small items of work.

“One of the best-known painters of her generation, Bartlett seamlessly combined the refined aesthetic of minimalism with expressive and emotional painting, and leaves a vast and varied body of work,” Paula Cooper Gallery and Marianne Boesky Gallery, her two New York representatives, said in a joint statement.

She even took 9/11 as inspiration and depicted the horror of that day.

This painting was bought by someone for $45000.it was a huge amount for a new artist in that era.

She was born in 1941 in Long Beach, California. Her father was a construction company owner and her mother was a fashion illustrator.

She thought her parents had a different view of her who was a fashion illustrator. Her parents had a specific vision for her: “I think my mother would have liked for me to have gotten a job at Hallmark cards, done some painting on the side, gotten happily married, had some children, and lived in Long Beach,”

During that era, she became quite famous which was uncommon for most female painters.