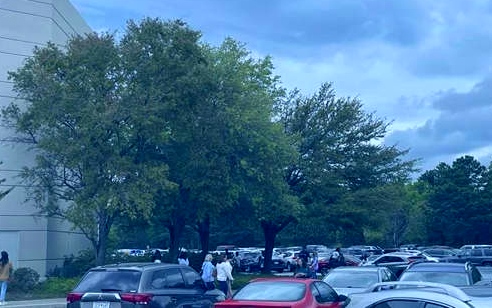 A suspect has been apprehended in connection with a shooting that left 14 people injured at a crowded retail mall in South Carolina’s capital on Saturday. Jewayne M. Price, 22, who was one of three persons first held by law enforcement as a person of interest, remains in police custody, according to Columbia Police Chief W.H. “Skip” Holbrook. According to the Columbia Police Department, he has been charged with illegally carrying a firearm.

Investigation and view of the prosecutor:

According to Holbrook, the investigators think the gunman knew those individuals and that the attack was not random. According to the Police Chief, at least three suspects displayed firearms inside the mall, but investigators are still figuring out how many suspects shot weapons. Furthermore, at least one handgun was reportedly confiscated by the authorities. Daniel Johnson, who was present at the awful incident, claimed he and his family were eating in the food court when gunfire rang out. It caused people to flee here and there. People were shouting for their loved ones, according to Johnson.

Because it was not something they had planned for Easter, Johnson wanted to ensure that everyone in his family got to the exit safely. Let me add that hours after the incident; there was still a considerable police presence in the vicinity. The cars, however, were not halted because the cops allowed additional traffic to pass through the streets. Well, this isn’t the first time something like this has happened. At the Mall of Victor Valley in Southern California, a shoe store owner shot a 9-year-old while attempting to shoot two shoplifters. Keep an eye on our site for further information and updates.

The 73-year-old female is the lone casualty who is still receiving medical care at a nearby hospital. All other sufferers have either been treated and released or will be soon. CPD detectives are still working on the investigation and following up on leads. CPD expresses its heartfelt gratitude for all of the tips received thus far.