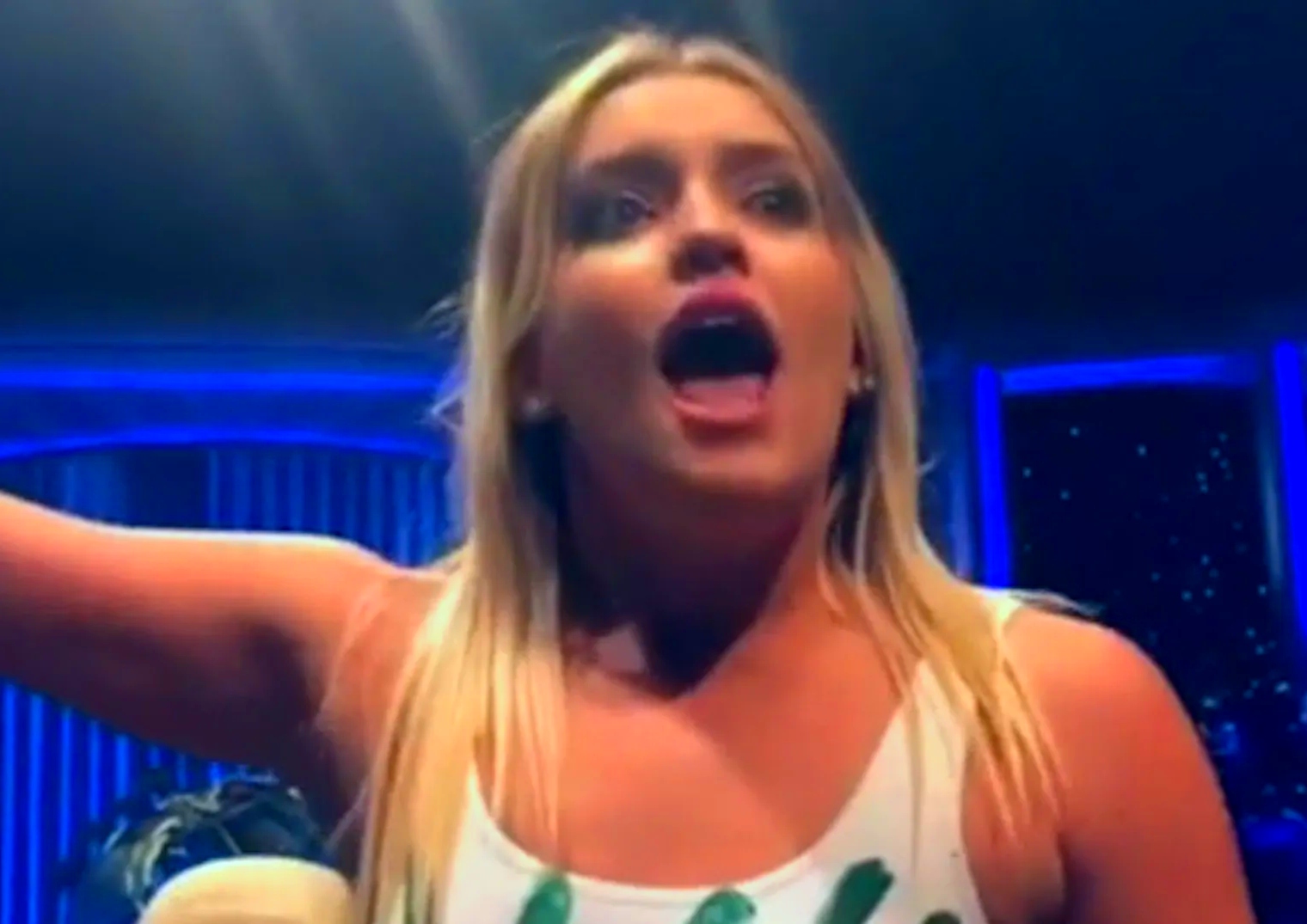 Joel Osteen service – The protestors were taken out of the church. The sitting audience seemed to love this activity and gave them thunderous applause.

With the slogan “My body, my choice” pro-choice activists barged into Osteen’s service. The service was organized in Houston, Texas while the protestors started taking off their clothes.

A video published on social media shows one activist with the slogan “My body, my f—ing choice,” started taking off her clothes only leaving her with inner garments in the church.The activist is associated with Rising up 4 abortion rights.

Three women took part in this protest. They stripped down to their undergarments. One of the activists shouted “Overturn Roe, hell no,” while taking her clothes off. all this happened on a Sunday morning in church.

The security took these women out while Joel continued his speech and kept preaching to his audience. The audience supported Joel with a round of applause.

Outside the church, these women garnered more support and the number of protestors increased and they continue to register protests.

These activists are part of the Rising 4 abortion right group. A leaked decision draft has created a possibility that the supreme court might overturn the Roe E Wade that sparked the protest.

Activist Julianne D’Eredita about her decision to protest in the church:

“I know it seems very outrageous to do it in a church in a private space,”  “However, the people that are enforcing these laws have no qualms coming up to women in private spaces such as doctors’ offices and medical clinics to harass them and call them murderers.”  Source: KRPC 2

The video became a huge viral sensation attracting thousands of views. No spokesperson from Joe’s organization has responded to the media’s questions yet.

the activists are clear that only through a big platform or big name they could ask people to be associated with their cause.

“Joel Osteen has an international audience and silence is violence when it comes to things like these,” Source: Fox News

the church attendees were taking their seats when these protestors started undressing in front of the crowd. The video is available on Twitter.

another woman followed her and made similar slogans and then the third one did the same.

One of the protestors didn’t really like that church people protest outside abortion centers and it was a tit for tat move from her. she shouted while protesting.

“Christians are not afraid to bother us at health care clinics, at doctors’ offices [where we’re] trying to get essential health care, so why the f–k wouldn’t we bother you in your own home where the laws are coming from,”

Read Also –  Chris Rock is not paying attention to Jada’s request to reconcile.