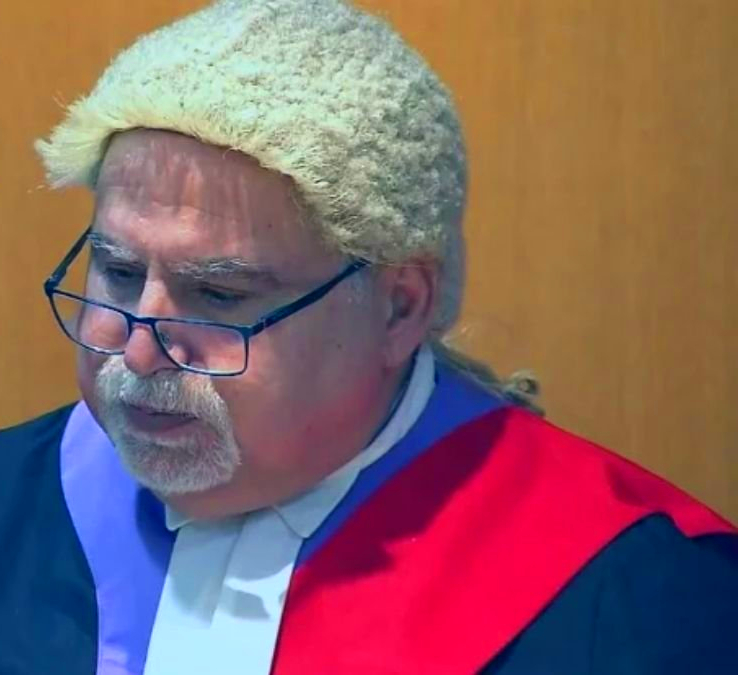 How did the jury members react to Peter Zahra’s death?

When Judge James Bennett informed the jury of the verdict on Monday morning, many members of the jury loudly gasped and one wiped away tears. “Oh no, oh my goodness!” said one. A jury member expressed her sympathies to Judge Bennett on behalf of her colleagues. “He’s [Judge Zahra] a very good friend, I could say, and everyone here, as you might understand, is mourning the loss,” Judge Bennett remarked.

The trial has been rescheduled for next week, when it will be assigned to a different judge. Judge Zahra’s family stated in a statement that he would be remembered as a “unique person” who “affected the lives of everyone he encountered.”

“We have received many nice comments and recollections that illustrate the type of guy he was; he had a great heart and wanted to see everyone achieve more than they ever imagined possible,” according to the statement. “In honour of our Dad and his life, we invite everyone to drink hot chocolate and tell a dad joke!”

Judge Zahra, who died at the age of 66, presided over the trial of Hey Dad! actor Robert Hughes, condemning him to up to ten years in jail for child sex offences. Salim Mehajer, a disgraced former Auburn deputy mayor, was also sentenced to three and a half years in prison for perverting the course of justice by Judge Zahra. He joined the NSW Bar Association in 1988 and ascended through the ranks to become silk in 2000, having previously worked as a crown prosecutor, public defender, and senior public defender. Michael McHugh SC, President of the NSW Bar Association, praised him as a “esteemed judge” and a “really nice man.”

Attorney-General Mark Speakman SC praised Judge Zahra for being an “excellent leader” in the Public Defenders Chambers. “During his 15 years on the District Court bench, Judge Zahra gained the great esteem of his judicial colleagues, the Bar who appeared before him, and the profession as a whole,” he added. Judge Zahra will be remembered as “an extraordinarily decent man, a very fair man, and a very conscientious man,” according to veteran Sydney lawyer Greg James SC. Judge Zahra, according to Karly Warner, CEO of the Aboriginal Legal Service (NSW/ACT), is a “close friend” of the organisation. “Over the years, he was a mentor, friend, and role model to many of our lawyers,” she said.