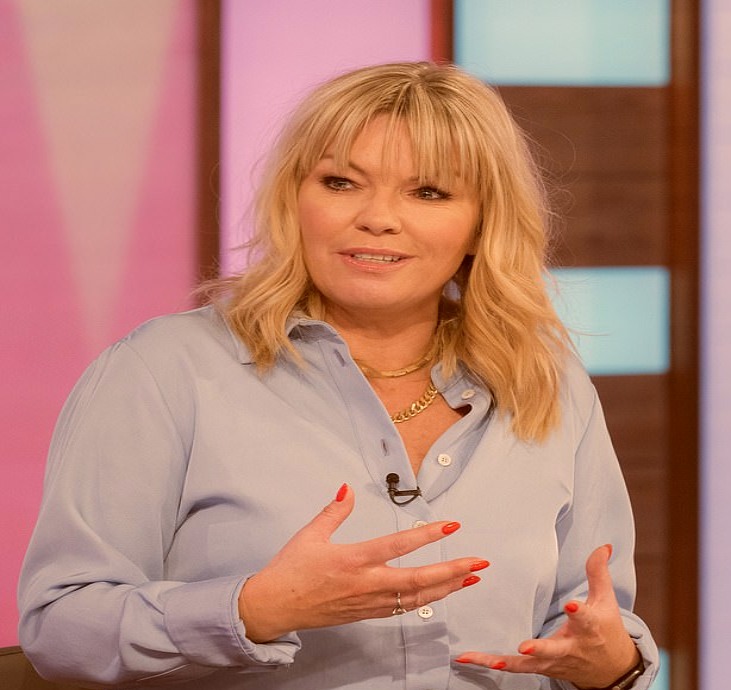 Kate Thornton made an appearance on her previous show “Loose Women” and discussed how menopause changed her after all this time.

The witty and always hilarious Kate Thornton recently made an appearance on the show she once was a part of, as a panel member. Her appearance on the show ‘Loose Women’ was met with a lot of praise and cheers from the show’s longtime viewers since Kate Thornton is actually a veteran panelist of the show. She was a prominent member of the panel for the show from 2009 to 2011 when she bid farewell to the show. She talked about her menopausal journey on the show and also how she “lost” herself during it, as well as how she gained significant amounts of weight as a result of the same.

Who is Kate Thornton?

Kate Thornton was born on 7 February 1973 in England. She is an English journalist as well as a well-known television host. She has worked on various shows over her illustrious career. Her most well-known positions include becoming the first female host of The X Factor in 2004 and anchoring daytime shows such as Loose Women and This Morning. At the tender age of 22, she had become the youngest ever editor of pop magazine Smash Hits in 1995.  She quit a year later, as she was unable to stop the magazine’s sales from declining further.

What did Kate Thornton speak about on ‘Loose Women’?

On her appearance on her previous show, Loose Women, she took the platform to discuss her challenges with menopause and how it affected her life. Kate said to her viewers on the show, “I approached menopause-like how I’d approach a documentary. It’s controlling and consuming me so I’m going to push back and regain control. It stripped me of the personality that I liked and 15 others moved in. I didn’t trust myself. The weight gain was like Shallow Hal, I just woke up one day like [blows air].”

During the show, Kate also revealed that during the COVID-19 lockdown, she worked hard on her fitness levels and it helped her gain back her confidence and find that happy mindset back in her life.