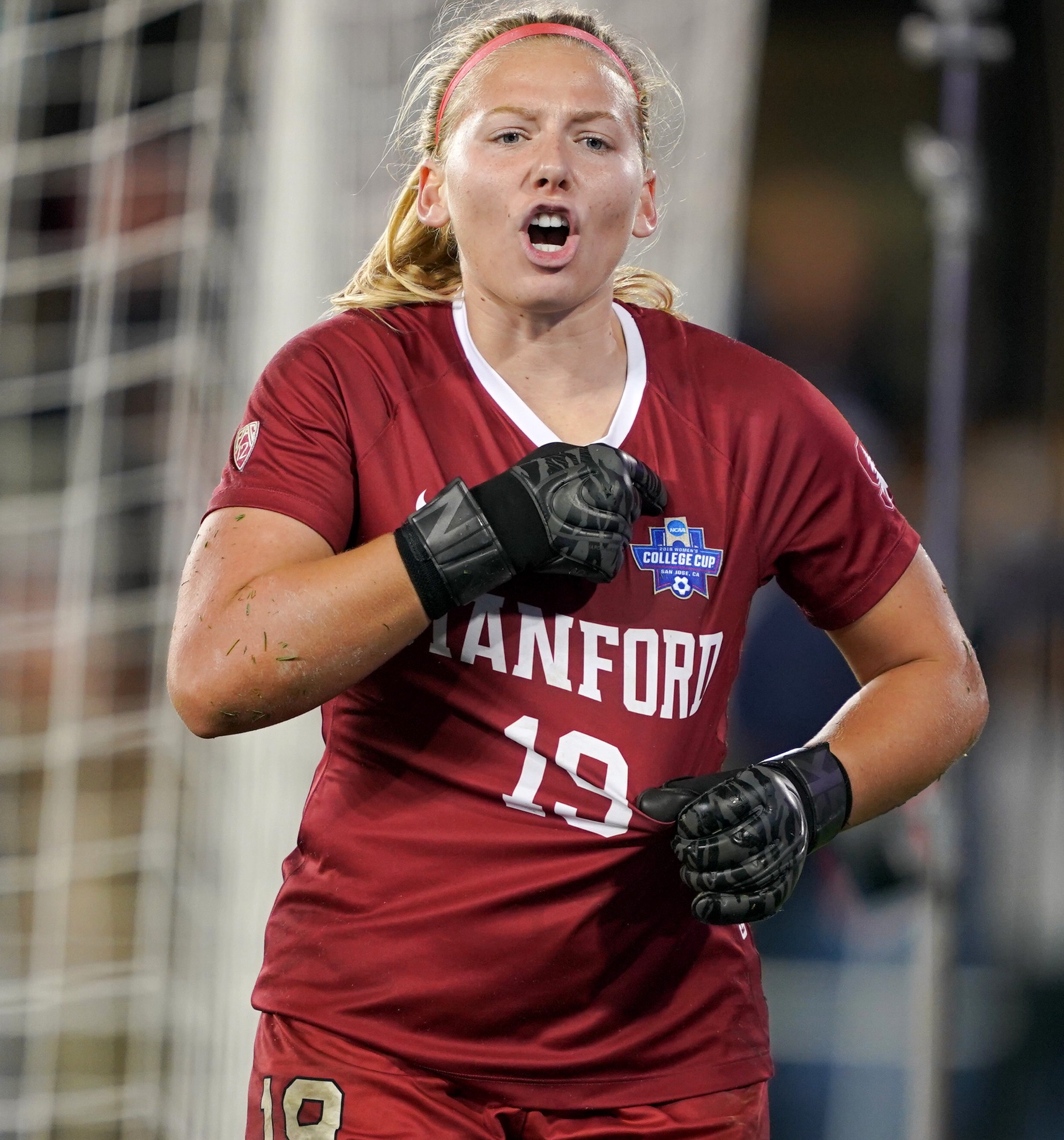 The talented young goalkeeper led the club to victory in 2019 and won them the NCAA women’s soccer championship.

The world of football has taken a huge blow today. The veteran goalkeeper for the Stanford School’s women’s football team, Katie Meyer, was found dead in her on-campus residence at the tender age of 22. The whole school is in mourning and has expressed their grief at the loss of their star goalkeeper and kind senior. Her cause of death has not yet been revealed by the authorities or the school. The school announced her untimely demise on Wednesday.

In an official letter issued by Vice Provost for Student Affairs Susie Brubaker-Cole and Director of Athletics Bernard Muir, the school expressed their grief at the passing of their star player, “ Katie was extraordinarily committed to everything and everyone in her world.

Her friends describe her as a larger-than-life team player in all her pursuits, from choosing an academic discipline she said ‘changed my perspective on the world and the very important challenges that we need to work together to overcome’ to the passion she brought to the Cardinal women’s soccer program and to women’s sports in general.

Fiercely competitive, Katie made two critical saves in a penalty shootout against North Carolina to help Stanford win its third NCAA women’s soccer championship in 2019. Katie was a bright shining light for so many on the field and in our community.”

Katie Meyer was a student majoring in international relations and history. She contributed heavily to Stanford winning the national title in 2019 by stopping two crucial strikes in a penalty kick. Children and teachers alike, on the campus, can now access a variety of grieving services offered by the college.

They will also offer on-site counseling personnel at the Crothers Hall, where Katie Meyer served with residential assistance, as well as sports counseling staff who helped with the school’s student-athletes. In their official letter, the school added, “We will grieve this loss together and will be here for each other.”

Read Also:- Ukrainian cop’s whole family is ‘killed by Putin’s hooligans’ while he is on the lookout