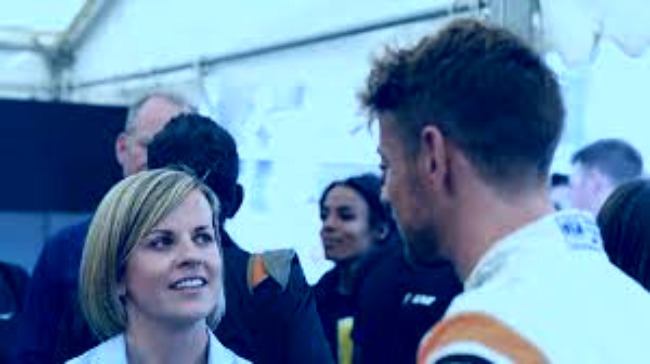 A lot of new faces would be seen by the onlookers this time from the World of F1, but the netizens are willing to know who is Toto’s wife?

A piece of good news rolled down to the fans when the popular television series “Drive to Survive” comes back with a new season on Netflix. On March 20, Toto Wolff would return to the track when the Bahrain Grand Prix starts.

The last F1 season ended on a controversial side because of Max Verstappen who took Lewis Hamilton’s title at the death. Toto’s Wife, Susie Wolff would be supporting her husband which is obvious when Mercedes will return to the track. She is not a cheerleader.

Susie Wolff was married to Toto in 2011 and has a son who will turn five next month. The family stays together in Monaco. Susie was born in Oban, Scotland where her parents Sally and John own a dealership of motorcycle. Her father used to race bikes.

Susie has a long history in her 39-year-old career in motorsports. In the beginning, when she was eight years old, she began karting. She was being named the British Woman Kart Racing Driver of the year in 1996. When she competed for the Motaworld Racing team, she went on to graduate from karting to single-seater ring in 2001 in the Formula Renault Winter Series.

After four years, she suffered an ankle injury and ravaged her season as she advanced into Formula Three. Before the jump to Formula One in 2012, she joined Mercedes for the Deutsche Tourenwagen Masters (DTM) for six years. For the Williams team, that was when she was named as a development driver. She eventually became the first woman who participated in F1 weekend since 1992 when she drove a practice season at the British Grand Prix.

In the year 2015, she announced by giving a few statements on BBC that she would officially retire from Formula One before she had joined Mercedes as a brand ambassador in 2016, though her attention since had drifted towards Formula E.

From the time retiring, Susie has often worked as an official person for Channel 4’s F1 coverage. Wolff had joined Venturi Racing in 2018 on the post of Team Principal, as well as becoming an official shareholder in the team and after a year they entered a powertrain partnership with Mercedes-Benz.

Her power grew more powerful last year when in November she was promoted to the post of CEO a season after their most best and high skill performance, recording a mammoth 146 points and Edoardo Mortara had secured second in the Drivers’ World Championship.

For her services towards women in sport, Susie was awarded an MBE in 2017 while she was also attending the University of Edinburgh simultaneously.

Read More-“Ukrainian roots were so irrelevant to me,” Mila Kunis on Russian-Ukraine conflict