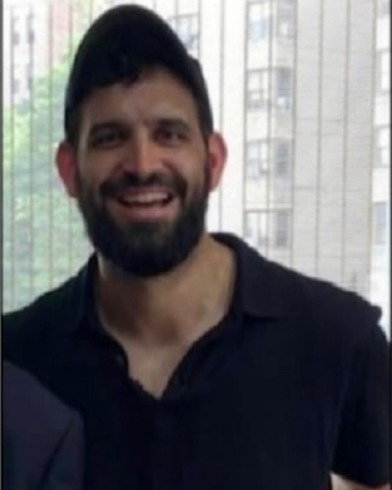 Mordy Gelfand has been missing since 5th January. He is a resident of Lakewood Jackson. On 5th January, Mordy traveled to New Orleans for some business work. He was supposed to return on 6th January, but that didn’t happen. As a result, his family was not even able to reach him. So, they reported him missing on 11th January.

All about Mordy Gelfand

Mordy Gelfand was a businessman from Lakewood. He was 33 years old at the time of missing. It was reported that on 6th January, he messages his wife that he would be reaching home in the evening. But when he didn’t reach, his family got tense. His credit card was used in a local drugstore the same day, but there has been no news about him. After several tries of reaching out to Mordy by his family members, nothing happened. Finally, they reported him missing on 11th January.

Mordy has not been in contact with anyone since 6th January. He is still missing. The police and his family members are doing their best to find the missing. But there is still no clue. Mordy Gelfand was wearing blue jeans, white sneakers, and a white t-shirt. Along with these, he was wearing a black hoodie and a baseball cap. He is 6foot 2 inches tall and is about 200 pounds in weight.

Pamphlets for the missing have also been printed and distributed by his family so that they can get clues about his whereabouts. It is still not confirmed if Mordy Gelfand is still alive or if he is missing or not. As is, credit cards have been in use in the drugstore, bars, etc.

There have been no further updates about Mordy Gelfand. Police are following his social media to get further clues. People are also sharing stories about his missing on various social media platforms.

Read Also:- Who killed Yousef Makki, and what happened to the student?