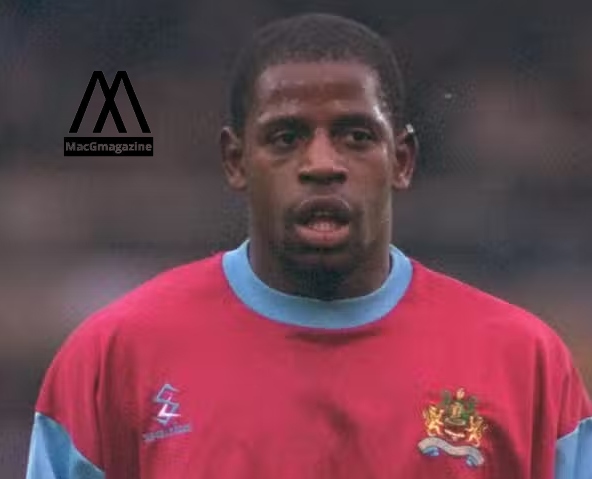 Len Johnrose was fighting Motor Neurone disease for 5 years. He was first diagnosed with a serious disease in 2017. Len was 52 years old, his charity confirmed the age of Ex Footballer.

Johnrose, who played for Bury between 1993, and 1999. He was a player for Blackburn, Hartlepool, Burnley and Swansea. He was active in charity and he helped raise funds for the MND association after he was diagnosed with motor neurone disease. He also campaigned for greater player safety.

Len Jhonrose was a key activist to stop heading in children’s competitions:

Len Johnrose told the news agency in November 2020: “That (increased risk) should cause massive shockwaves, but it’s barely caused a ripple. We really need to get that message out there.”

There are one in 300 people at risk of getting MND in their lifespan. There are no clear reasons for the disease which is why footballers tried to raise charity for more research and development.

In October 2019 he was so angry with sports authorities. He said he was sickened because there were no proper measures taken to safeguard child footballers. his voice has left an impact and heading won’t be allowed in the under 11 competitions.

The three clubs he played for tweeted for the late Len. Blackburn, Burnley, and Hartlepool sent condolences to friends and family of the late footballer.

The motor neurone disease association has released a statement for Len Jhonrose:

“Len lived with this brutal disease in the public eye after choosing to announce his diagnosis in the summer of 2018. Following that he selflessly dedicated huge amounts of time to raising awareness,” the statement said.

We are heartbroken to tell you that our leader, Len Johnrose passed away this morning.

Len was an incredibly proud husband and father.

Our thoughts are with his family and friends at this very sad time. pic.twitter.com/698okfFdOE

“Len’s infectious smile, sense of humor, pragmatic approach to life, and determination to do everything he could to work on behalf of people with MND made him a very popular figure within the MND community. He will be sorely missed. We would like to pass our sympathies to Len’s wife Nadine, his three children Chanel, Elizabeth, and Patrick, his family and friends, and also our gratitude for their unwavering support.”

Read More – William Ruto is the new president of Kenya. Supporters battle it out on the Election center