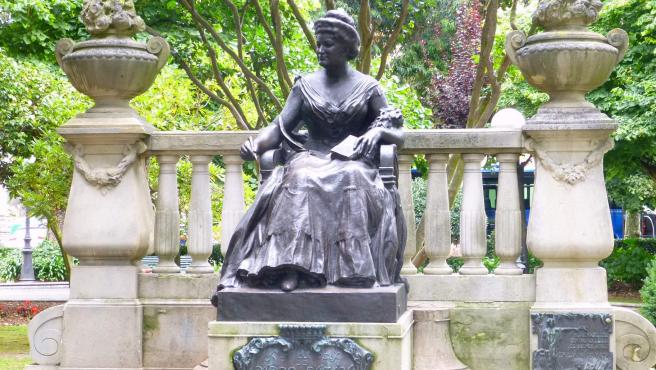 “Read, share, recommend.” The premises of the #LeoAutorasOct initiative could not be simpler but, at the same time, more necessary. During the month of October this project invites you to read only books written by women or people outside the male spectrum , share these readings and recommend writers or their stories.

It all came about in the summer of 2016, when some Twitter users began to realize that on their shelves there were many more books written by men and that, without being aware, they always ended up reading more authors than authors.

The figures prove them right. According to the Report of Cultural Statistical Indicators linked to the 2021 book , 61.1% of the books that were registered were written by men , while 38.5% were by women. If we focus on the paper editions, the difference increases, being 63.5% of authors compared to 36.1% of authors.

Happy 6th edition of #LeoAutorasOct . We wish you a month full of exciting readings. pic.twitter.com/jxyH98AhIa

– #LeoAutorasOct (@leoautoras) October 1, 2021
Being aware of this great imbalance, they decided to make an effort to equalize the figures, spending a whole month searching, publicizing and reading female writers. And, since sharing is living, they set out to give it more visibility in networks by creating the hashtag #LeoAutorasOct, a Twitter account and, later, their own website .

The choice of the date also coincides with the Writers’ Day , promoted by the National Library of Spain , and which this year is celebrated on October 19 (the Monday closest to October 15, the feast of Santa Teresa de Jesus).

In 2021 the protagonist of the poster could not be other than Emilia Pardo Bazán , one of the most recognized Spanish feminist writers. This year marks the hundredth anniversary of her death, the same year that Carmen Laforet , author of the famous novel Nada, was born .

Reading a work by an une autore with functional diversity, that takes place in nature or that has been taken from the library, are some of the categories suggested in Literary Bingo , a challenge designed to include more diversity in the readings of the month . The idea is that the books that are read in October fulfill any of the nine premises and achieve to cross out all the boxes.

This year they have also provided a list of words based on which to recommend a story or author each day in October. Witch, sisterhood or precariousness are some of the terms proposed for One day, one book .

Good Morning! The wait is over. We discovered this year’s bingo categories! And we also leave you a few recommendations. Can you tell us yours? #LeoAutorasOct https://t.co/7JmCb5tANO pic.twitter.com/gX9LCYpkk3

– #LeoAutorasOct (@leoautoras) September 13, 2021
During the six editions that it has been running, numerous readers, publishers and media have joined the hashtag . One of the best known is the writer Luna Miguel who, from the second year, has written articles recommending authors in different magazines such as Vogue or Marie Claire.

In addition to #LeoAutorasOct, many other projects seek to make the work of the authors visible throughout the year . There is a list of many of them on the initiative’s website. Just one month is not enough to narrow the gender gap in literature, but it is a good start.