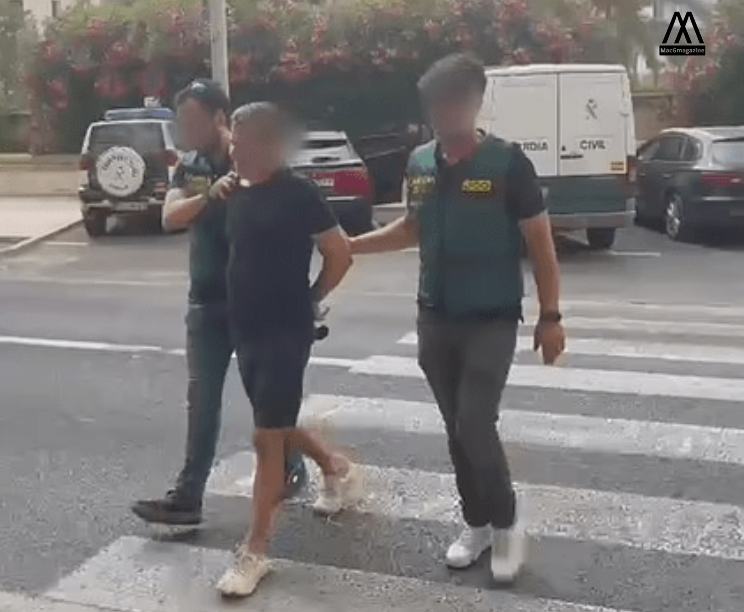 Louis James Edwards 44 was arrested by Spain’s civil guard.SCG went through a lengthy investigation process to identify and arrest the accused. He is the top criminal as per crimestopper.

Spain police have announced a major victory for them during this war on drugs. Louis was arrested in a t-shirt and shorts. he was accompanied by two police officers through a public square. The video is available on social media.

Police have reportedly given him pajamas. He was the mastermind behind circulating recreational drugs all over southern England. The police team first found his traces in Malaga but later they found him in the southeastern province.

A Spain civil guard said in a statement about Louis James Edwards:

“Although the first investigations for the location of (Edwards) were activated in the province of Malaga, the trail followed by the agents took them to the province of Alicante…

“Where they had important indications of the presence of the fugitive, further reinforced by having knowledge of the imminent transfer of relatives of the fugitive to that province.

“After close surveillance of this family group, the investigation focused on a hotel in Benidorm (Alicante), where he was located and arrested.”

Louis James was caught barefoot and taken to a vehicle barefoot also.

In a separate on the next day, dutch citizen Cornelis Korfet was also raided and apprehended in Alicante by police department officials.

Bald Cornelis is wanted for an attempt to murder by dutch police and Alicante is close to Benidorm.

Police have charged him for a gang war in which he participated and injured two gang members.

Police informed in a statement: “The rapid collaboration between the Dutch police and the Civil Guard made it possible to locate this person in the province of Alicante, where it was confirmed that this same person had already been arrested on three occasions with different identities, none of them real.

“Once intense surveillance on the criminal environment of the fugitive had been established, it was found that he was already using a fourth false identity…

“He was located and arrested in the Alicante municipality of L’Alfas del Pi on June, having recently arrived from Barcelona.”

Police have not clarified the time this duo has to spend in jail or will they be sent back to their nations.