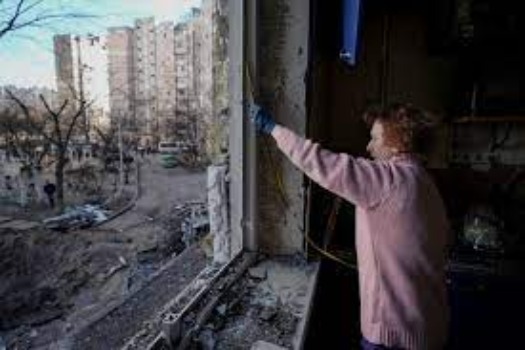 Maksym Levin, a Ukrainian photojournalist went missing, soon after the release of a detained journal

Journalist Victoria Roshchyna’s photographer lost communication with her when she was covering in Russian-occupied Berdyansk on the Azov shore.

On the very day the second Ukrainian reporter was alleged to have been freed by Russian security services, a Ukrainian photojournalist was declared missing from around Kyiv. It was revealed by his colleague, photojournalist Markiyan Lyseiko, who is currently looking for him. As per Lyseiko, Maksym Levin last spoke with her on March 13 in the Vyshhorod neighbourhood of Kyiv. He had been in the middle of a battle with his photography equipment at the moment when he went missing.

Who is Maksym Levin?

Maksym Levin was born in the Kyiv district in 1981. For various Ukrainian and foreign media, he serves as a photojournalist, investigative photojournalist, and cameraman. Reuters, BBC, TRT World, Associated Press, LB.ua, and Hromadske are some of the publications with which he has collaborated. The Wall Street Journal, TIME, Breaking News Poland, EU AGENDA, World News, The Moscow Time, ELLE, TV-24, Radio Bulgaria, Ukraine Crisis Media Center, Vatican News, and Radio Svoboda all have featured his works and images to report the news. Maksym Levin has served as a sting reporter for Reuters in Ukrainian land and as a staff photojournalist for LB.ua, among the most popular Ukrainian media houses. He has been doing photojournalism since 2006. He has also been covering the conflict in eastern Ukraine since it erupted.

What happened to Maksym Levin?

Photojournalist Maksym Levin has also been missing from March 13, while he was shooting in Vyshhorod, a northern suburb of Kyiv, according to the Kyiv-based Ukrainian Independent Information Agency of News, or UNIAN. By March 13, he drove his vehicle to the conflict zone to film it. Throughout the settlement of Huta Mezhyhirska, he jumped out of the vehicle and headed to Moshchun. He had sent texts from his cellphone at 11:23 a.m., after which he was no longer in communication and didn’t even appear online. It was then found that a major conflict had developed in the area where Maksym was scheduled to shoot, during which he might be wounded or kidnapped by Russian forces. Pro-Russian Telegram groups broadcasted recordings of Roshchyna saying she was rescued by Russian uniformed officers while broadcasting on the Ukrainian shore after her freedom. The recordings were allegedly taken under pressure as a requirement of Roshchyna’s freedom, according to Hromadske.