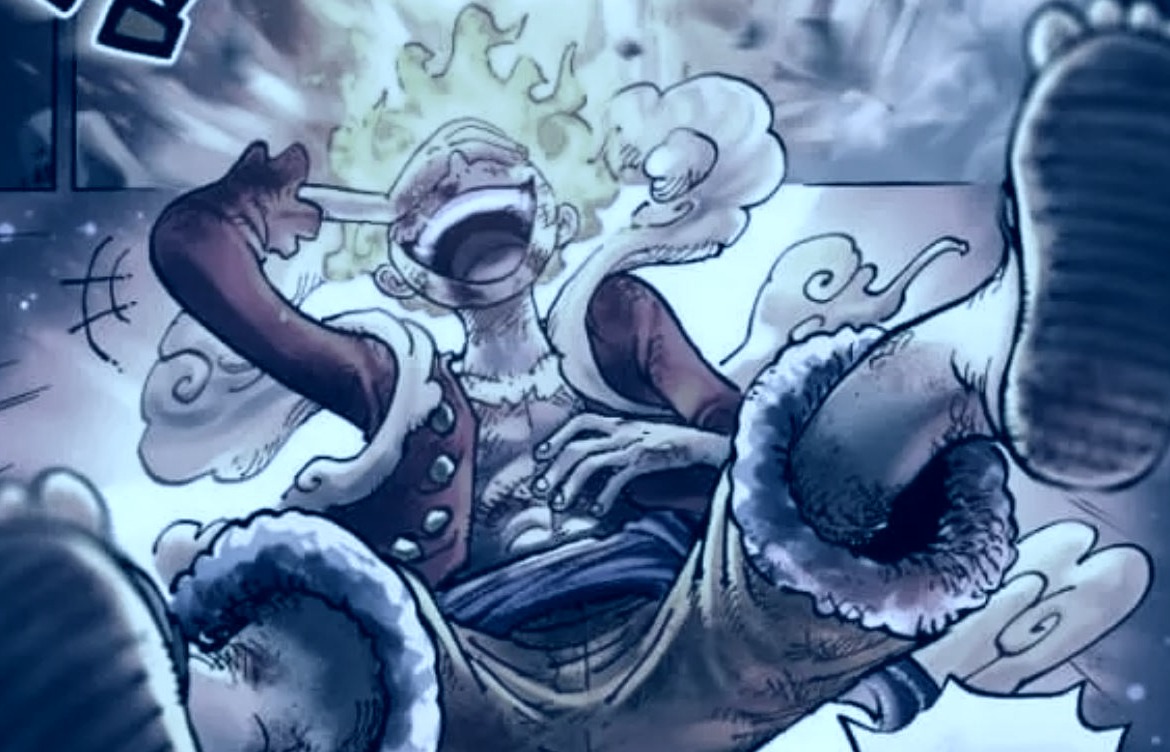 Eiichiro Oda’s adventurous tale spanning over a thousand chapters is still hitting its peak in the latest upcoming chapter of the series.

Warning: This article contains major spoilers for the One Piece manga.

Eiichiro Oda published one of the finest chapters of his long-running saga of One Piece the previous week, and readers couldn’t contain their enthusiasm after finishing it. The rebirth of Luffy and the awakening of his devil fruit Gomu Gomu no Mi and Luffy’s ultimate form, “Gear 5”, were eventually witnessed by the followers of the manga after years of teasing. The very first One Piece newest chapter’s spoilers have recently surfaced on the internet, with Luffy’s new fifth gear appearance seeming “like a god” in an epic two-page wide panel. Luffy’s powerful fifth gear version is shown when he battles Kaido on the Onigashima fortress roof in the classic manga’s comeback. The very first teasers from One Piece chapter 1045 were released this morning on social networking sites, hinting that the next chapter would feature Luffy in a powerful god-like appearance.

Chapter 1045 of One Piece will be called “Next Level,” as per initial sources. The first panel depicts the crew of Luffy sitting collectively, with the words “Sea of Liberation” visible. The following chapter revolves around Kaido vs. Luffy. During their battle, Kaido remarks on Luffy’s Devil Fruit abilities, describing them as “unique” in that they not only change his environment into rubber (like Paramecia does) but also alter the individual using it (like Zoan does). Luffy utilizes a new special move named “Gomu Gomu no Gigant” in the subsequent page to turn his entire body into a massive one, giving him the appearance of a God-like creature. Momonosuke and Yamato make it to the rooftop and see Luffy in his new incarnation for the first time. Luffy, on the other hand, loses his energy after a lengthy and arduous struggle but is rejuvenated by the drum sound. Luffy strikes Kaido in the face at the end of One Piece chapter 1045, stating, “This is extremely funny, isn’t it Kaido?”

When Does One Piece Chapter 1045 Comes Out?

On Sunday, April 3rd, One Piece Chapter 1045 will be released. Free access to the chapter will be accessible on Viz Media and Manga Plus. Shonen Jump also distributes this comic on their app.