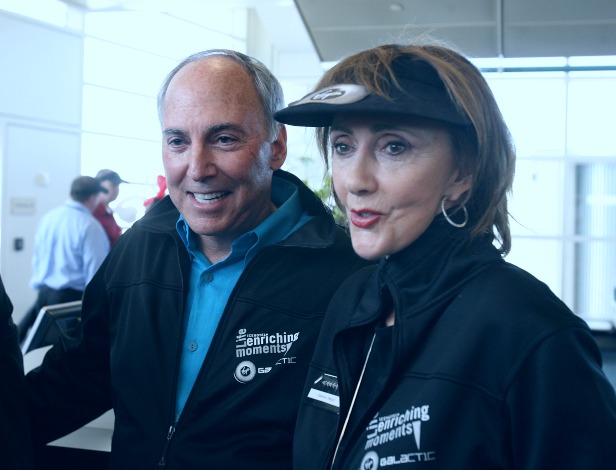 Marc Hagle and Sharon Hagle, Florida’s dynamic duo, had their aerospace fantasies come true. The couple was among the five passengers on Blue Origin’s New Shepard space travel spacecraft’s newest passenger mission from the business’s West Texas base. The team woke up very early to go ahead for takeoff and headed to the launchpad, where they were launched shortly before 10 A.M.

The parachute assisted touchdown of the spacecraft in the barren vegetation not far from the spaceflight’s launchpad finished the 10-minute, 4-seconds long trip, which was accompanied by a roar of cheering audible over the transmission.

Who are Marc and his wife Sharon Hagle?

Marc Hagle is the chairman and Ceo of Tricor International Corporation limited, a real estate corporation located in Maitland, and Sharon Hagle is the founder and president of the community organization SpaceKids Global. The married couple lives in Winter Park and also are involved in philanthropy at the Orlando Philharmonic, Orlando Ballet, Dr. Phillips Center for the Performing Arts, Nemours Hospitals, the Astronaut Scholarships Association, Winter Park Fallen Officers Fund, and the American Heart Association.

Sharon’s mission at SpaceKids Global is to help encourage young kids to pursue education in science, innovation, industry, art, and mathematics. This pair, who are both 73 years old, have now been wanting to fly to space for almost two decades and have already booked a ticket with Virgin Galactic. Their 26th marriage anniversary celebration was commemorated with this trip to space.

How did the couple react to their space trip?

Sharon Hagle gave a high five and kissed Marc Hagle as the couple became the last one to exit the spacecraft after touchdown. Following that, they joined with relatives for collective hugging. When floating in orbit, the couple paused for a moment to cuddle before peering out at the Planet’s beauty. Marc Hagle  was astonished by the event after arriving home, stating it offered him “a lifelong change of expression.”

Upon touchdown, Blue Origin Vice President of New Shepard Operations Audrey Powers, who traveled on a previous trip of the spacecraft, lauded Sharon Hagle’s accomplishments at an astronauts badge celebration. Marc stated, “You know, when the engines ignited, my energy level just exploded. Then when you get to outer space, and you start seeing the blue marble as everybody describes it in the black of space, there’s no way of describing it.”