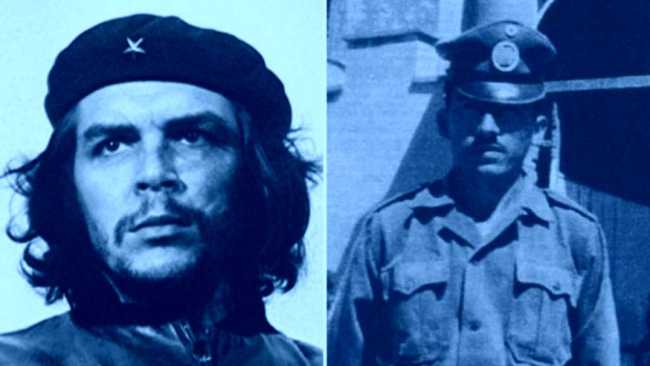 Mario Teran, a member of the group which captured the revolutionary guerrilla in 1967 and executed Ernesto Che Guevera has passed away after suffering from a long illness.

The Bolivian Soldier, Teran lost his life at the age of 80 in Santa Cruz de la Sierra in Eastern Bolivia. His son Mario confirmed to the media that his father died of prostate cancer and he died around Thursday midnight. The soldier who captured Che in the Bolivian jungle about 54 years ago told AFP that Teran was unwell, and nothing could have been done. He even explained that “The family and comrades from the Armed Forces notified me because he was admitted to the Military Hospital.” In the year 1967, on 8th October, Guevera was arrested by the Bolivian army with the support of Cuban American CIA Agents.

She was the head of the guerillas who had survived disease, hunger, and battle.

That was the worst moment of my life. At that moment I saw ‘Che’ big, very big, huge. His eyes shone brightly,” Terán recounted then.

“I felt that he was on top of me and when he stared at me, it made me dizzy. I thought that with a quick movement ‘Che’ could take the weapon away from me. ‘Be calm,’ he told me, ‘And aim well! You are going to kill a man!’ Then I took a step back, towards the threshold of the door, I closed my eyes and I fired”, narrated the soldier.

At the age of 39, Che became a legend whilst his inert body and face were exhibited in the neighboring town of Vallegrande. After serving 30 years, Teran retired and remained incognito, and avoided the press. He even went to that extent as to proclaim that the murderer of Guevera had been another soldier and not him.

Mario Teran was suffering from cancer and died in the hospital where he was being treated. He was indeed a brave person. He had graduated from the School of Sergeantz in the year 1961. He kept himself anonymous and hid from the press because he voluntarily compiled with the decision from the presidency. He was even suffering from cataracts and almost four decades later, he got it removed by a Cuban-run medical program.

Read More-Jeff Timmer is in mourning after the death of his son, Mekbul Timmer