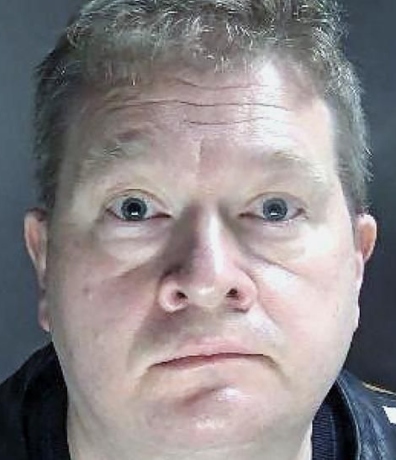 A consulting anesthesiologist at London’s Royal Free Hospital was sentenced to two years in prison yesterday for attempting to have intercourse with a seven-year-old girl. In a fake police sting, Mark Carrington, aged 49, of Radlett, Hertfordshire, was captured. A disguised investigator from the North West Regional Organised Criminal Investigation department interacted with Mark Carrington digitally using a fictitious alias.

Mark  Carrington made an appointment with this another unknown figure in exchange for the two of them $exually molesting a seven-year-old child. Detectives from Hertfordshire Constabulary’s Child Internet Protection Division detained the 49-year-old in Finchley, London, on Wednesday, January 26.

Mark Carrington was caught while serving as a consulting anesthesiologist at the Royal Free Hospital in London. Mark Carrington was fired, and the authority’s inquiry uncovered no indication that the crimes were related to his position.

Following admitting guilt to planning the execution of a child $exual crime and three offenses of possessing pornographic photos of children, the 49-year-old was imprisoned today by the judgment of St Alban’s Crown Court. A physical harm minimization order was also granted to him, and he will be required to join the $ex offenders’ registry for the next ten years. At St Alban’s Crown Court, he also guilty to three charges of obtaining an obscene photograph of a minor and was jailed.

Mark Carrington was holding his position as a consulting anesthesiologist at the Royal Free Hospital when he was caught. Authorities have discovered no proof linking the crimes to Mark Carrington’s professional obligations, and he was removed from the Hospital department as quickly as the matter was brought to the attention of the facility’s top-level management.