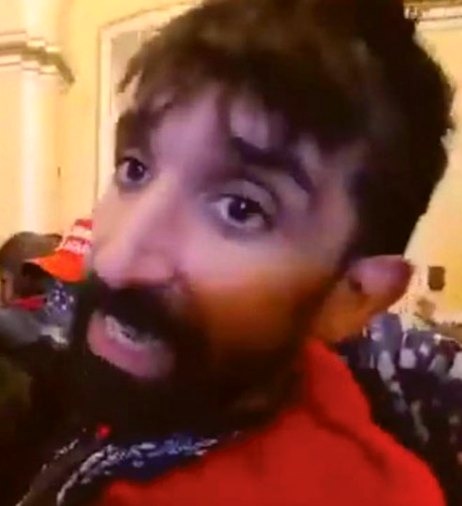 Matthew’s family who has been in mourning blamed the justice system for his death and have claimed that their son “died from a broken heart”.

The Pennsylvanian citizen who was due to appear in court for his sentencing in April this year has gone ahead and committed suicide just 2 months before his trial. In November of 2020, 37-year-old Matthew Lawrence Perna of Sharpsville, Pennsylvania, pled guilty on multiple charges, including a felony count of disruption of an official process.

What did Matthew Perna do?

Perna submitted his confession without taking the Department of Justice’s deal, and he could have had faced years in jail for the criminal offense. Perna allegedly lingered within the Capitol building for 20 minutes while filming and sharing a video of the incident on social networking sites, according to authorities. Perna acknowledged being inside the Capitol, according to authorities, but claimed he was forced inside by the mob.

He stated that he was at the top of the staircase and was astonished to see the door open. Perna is seen donning a “Make America Great Again” sweatshirt and using a smartphone inside the Capitol, seeming to capture images or videos of the incident, according to footage acquired by Daily Motion and included in the FBI’s summary of the case.

What did Matthew Perna’s family say about this?

This past weekend Matthew Perna’s family posted an obituary for Perna stating in the obituary, “His community (which he loved), his country, and the justice system killed his spirit and his zest for life. He attended the rally on January 6, 2021, to peacefully stand up for his beliefs. He did not harm anyone, as he stayed within the velvet ropes taking pictures.

The constant delays in hearings and postponements dragged out for over a year. Because of this, Matt’s heart broke and his spirit died, and many people are responsible for the pain he endured. Matt did not have a hateful bone in his body. He embraced people of all races, income brackets, and beliefs, never once berating anyone for having different views.”