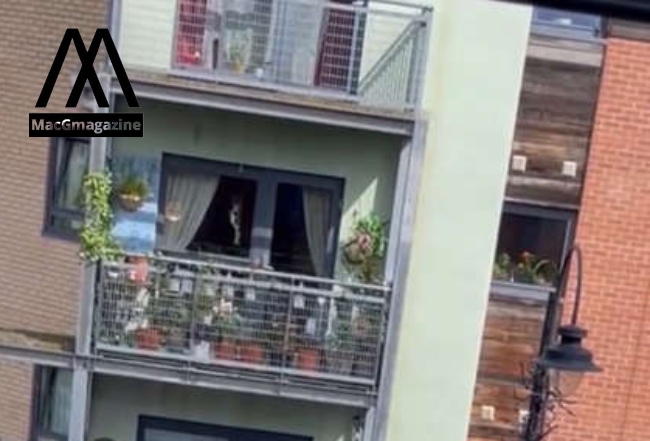 Mehjabeen Jabarullah, 32, ordered a Samsung vacuum cleaner. she was hoping it will be delivered on Sunday. She was looking outside her window when the delivery person threw her package on the road twice and then the person threw it in the trolly before kicking it again.

Mehjabeen was stressed while watching the delivery person shout in his Bluetooth earphone and then she was smart enough to film the entire incident.

“We were shocked,” Mehjabeen expressed. “He dropped my vacuum cleaner twice and banged it again and again on the trolley. He was just throwing it on the trolley. Mehjabeen captured the incident outside her home.

delivery person slammed the vacuum on his trolly, which made Mehjabeen anxious. “The package he kicked was our vacuum cleaner, I spent £721 on it.”

Caterer Mehjabeen has made an official complaint from both the DPD & Samsung. DPD has expressed regret for the incident and claimed the driver “falls a long way short”. DPD will also make sure the family doesn’t see the driver again

“The box tumbled behind him, I was watching it from my window,” she said. Mehjabeen paid £721 on the new vacuum cleaner

The delivery driver intentionally took out his anger on her package.

“After delivering my vacuum cleaner, he went back with other parcels and was throwing them inside.

“These are valuable parcels. People have spent money on these things, they are my neighbors’ parcels. “This is obviously what he’s doing and he will have done it before.”

DPD tried to wash away their hands by saying no one was home a day ago. Mehjabeen recorded the entire incident to prove she was right. 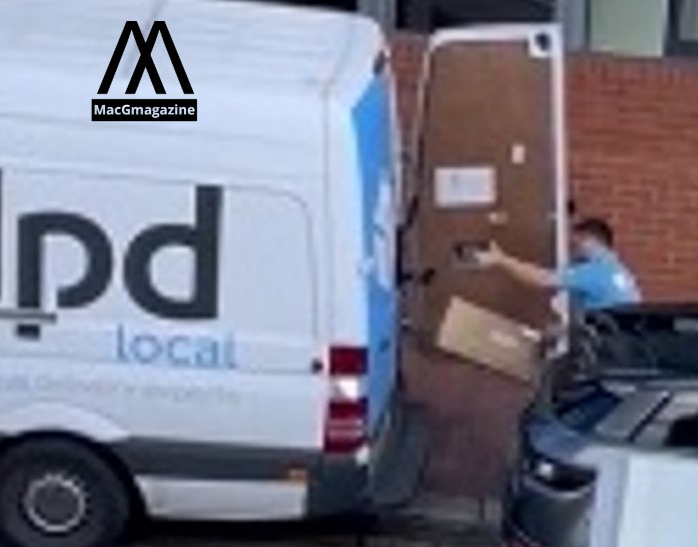 “I ordered a Samsung vacuum cleaner online. That was supposed to be delivered on Saturday between 11 am and 12 pm,” she explained. The driver was caught red-handed mishandling the boxes.

“We were at home waiting for the parcel to be delivered. Our house is located in a way that I have a clear view of the road.

“I was cooking and I saw the DPD van pull up. When I checked, it said no one was home to collect it. They took a picture of our front door and didn’t ring us.

“They said they’d return the next day and that’s the reason I recorded the video. The time slot was 9.45 am to 10.45 am and that’s when this happened.

“We were ready to capture everything through the window because of the bad experience. “That day, when I was back from picking up my kids from school, I saw the same guy taking two parcels and dropping them. He was back around 12.15 pm to deliver more parcels.”

Samsung’s response and DPD’s claim to fire the delivery person:

Mehjabeen added: “I tried to make a complaint to DPD. They said it was not a personal package delivery, it was via Samsung.

“They said they couldn’t take a complaint from me, it was Samsung who shipped it via DPD.“I have made a complaint with Samsung but I don’t think anything’s going to change.” After posting the clip on social media, Mehjabeen’s brother Sheriff branded the incident ‘unacceptable’.

The sheriff said: “It is disheartening to see DPD employees tossing up valuable packages and hurling them on the streets, while DPD does nothing about it.

“This is disgusting. We are not paying for this.” He then added: “Here is another video of the same disgruntled employee dropping packages twice. Unacceptable behavior.”

Samsung is investigating the matter.

A DPD official spokesperson cleared up: “The behavior of our driver here falls a long way short of what we expect. “We have carried out a full investigation and can confirm that the individual will not be delivering for DPD again.

“We take customer service and the behavior of our people very seriously indeed and will be contacting the customer to make a full apology.”