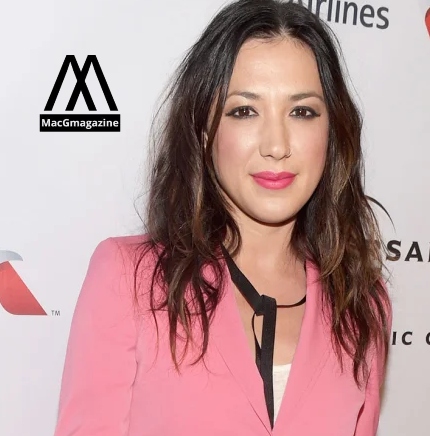 Michelle’s branch has been caught by police. She is accused of slapping the hell out of her separated husband Patrick Carney. She accused him of cheating and then she became violent.

police documents show on Thursday at around 2 AM police were informed by someone and were called to the house of Michelle Branch and Patrick Carney. The neighbors were probably disturbed by late-night arguments and slapping voices. This could have also meant that the couple was having a good time and they might have patched up. but later Michelle accepted that she slapped Patrick one to two times.

Patrick did not have any visible to the naked eye kind of injury. it seems these were some harmless slaps. Patrick should take her out. A man should be strong enough to take a couple of slaps. Her bail was set at $1000. Police let her go immediately because she is a mother of 6 month old.  the baby needed to be breastfed. a young mother might get angry on the charges of her husband cheating on her. she recently had a child with this man and now this man is sleeping around. such news can anger any sane person but the current does not allow you to become your human self.

Michelle branch and Patrick got married in 2019 and are split:

Michelle and Patrick got married three years ago just before the pandemic. they spent the pandemic together and usually spending too much time together has also resulted in domestic violence and an increase in divorce cases around the world.

She told us Thursday, “To say that I am totally devastated doesn’t even come close to describing how I feel for myself and for my family. The rug has been completely pulled from underneath me and now I must figure out how to move forward. With such small children, I ask for privacy and kindness.”

The couple have split, and the wife Michelle went on Twitter and told everyone that her husband is a cheater. this is why new-age relationships are doomed. for every little detail of someone’s life, you have social media. keep some things private you weirdos.

Michelle branch was married to another man from 2004 to 2025. Teddy Landau divorced and called her obsessive crazy and violent as per unverified reports.

Michelle’s attorney has not responded to the query. such small incidents are gossip-worthy, not worthy professionals maybe.