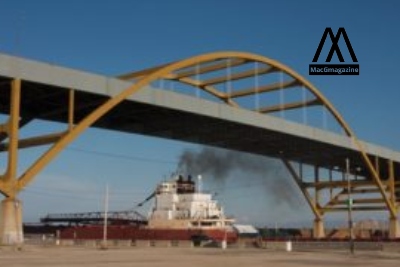 The 77-year-old Rhode island man came to the city to have a vacation with his wife and the love of his life. The tragic death occurred due to the sudden opening of the Milwaukee bridge. The downtown bridge opened and the elderly man could not save himself from falling.

Richard Charles Dujardin, a retired religion reporter and a resident of the providence, Rhode Island. Richard was crossing the Kilbourn Avenue Bridge over the Milwaukee with Rose-Marie his partner and wife. Milwaukee County Medical Examiner’s Office. confirmed the death and identity of the late Reporter.

Richard was crossing the Milwaukee bridge when he was with his wife:

Richard was watching some content on his iPad when he was crossing the bridge. Rose-Marie had crossed to the east side and her husband Richard was walking slowly he was in the middle of the bridge when the bridge opened up.

“The lights, bells, and arms came down at each end of the bridge, however, Richard was hard of hearing and it is thought that he didn’t notice them,” the report said.

Richard was 77 years old and he had hearing ad and he walked slowly. he tried to catch up to his wife but she had already crossed the bridge.  A former religion reporter tried to hold onto the railing but he could not hold on for more than a minute and he fell.

the bridge opened 90 degrees and he fell 77 feet below behind the concrete street behind him and he suffered heavy head injuries. Richard Immediately died after falling from the Milwaukee bridge.

The Eyewitnesses said police try to revive him using the CPR method and the medical help that arrived on the scene used a defibrillator to help him but he had already died by then.

Jerrel Kruschke, the interim commissioner of public works made a statement:

Jerrel Kruschke, the interim commissioner of public works, said the bridge opening operator “was fully trained and in his fourth year as a bridge operator having conducted hundreds of bridge openings.”

“He is currently on leave following this incident and was connected with the City’s Employee Assistance Program for counseling,” Kruschke said in a statement.

Read More – Darius Campbell-Danesh the musician has died, and his ex-wife Natasha Henstridge pays tribute to her late husband