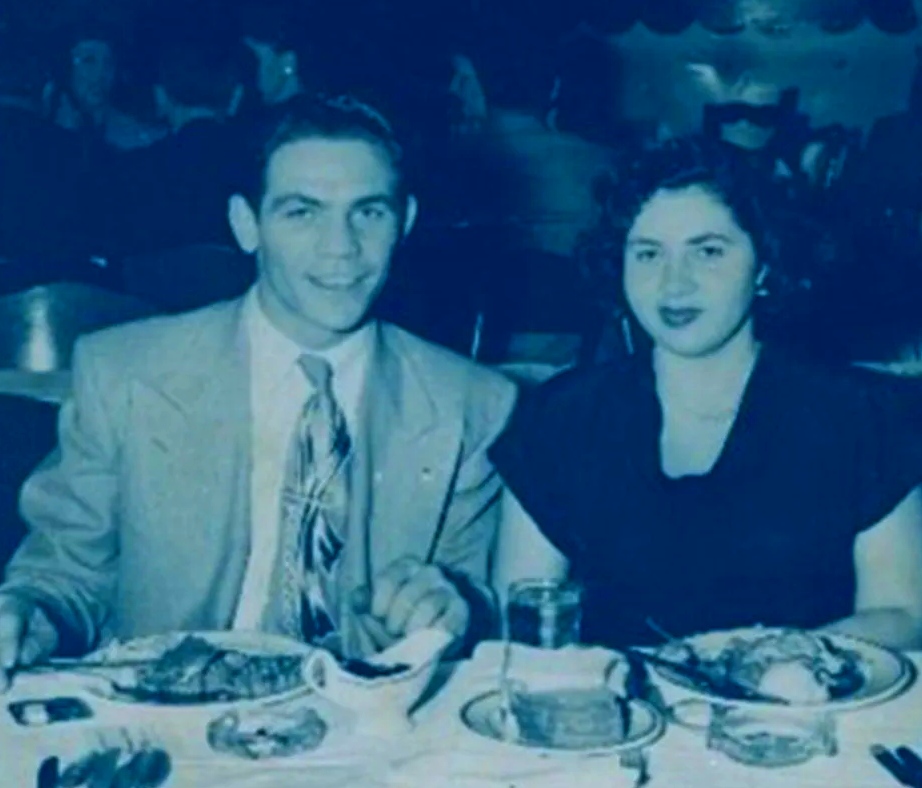 ‘The Survivor’ is a biographical film about Holocaust survivor Harry Haft, who later became a professional boxer. Haft hasn’t given up hope of finding his first love, Leah, after spending years in concentration camps. In fact, he is motivated to become well-known so that Leah would know where to look for him. Throughout it all, Miriam, who would eventually marry him, stands by his side and tells him that Leah will be found.

Emory Anderson, a boxer who promises to deliver Haft the renown he needs to reach out to Leah, is another individual who plays an important role in his path. However, you’re probably wondering if the characters Miriam (Vicky Krieps) and Emory (Peter Sarsgaard) are based on real persons. So, here’s everything we’ve gathered!

Was Miriam Wofsoniker the real wife of Harry Haft?

Miriam, a fictional character, is based on Haft’s real-life wife, Miriam Wofsoniker. Haft married Miriam in November 1949, just a few months after his loss to Rocky Marciano, which also happened to be his final professional boxing battle. Alan Scott Haft, Haft’s firstborn, wrote to the late boxer in a 2019 letter, saying that despite his mother’s claimed abuse, she was protective of Haft and forgave his actions because of his rough past. As a result, it’s safe to assume that the film accurately depicts the empathy and exasperation that the real-life Miriam allegedly felt.

The film, however, appears to take considerable artistic licence in recreating the story of Miriam and Haft’s meeting. Before William B. Helmreich’s book ‘Against All Odds: Holocaust Survivors and the Successful Lives They Made in America’ was published in 1992, Haft gave an interview on June 28, 1990, in which he spoke openly about his life. He admitted that he first spotted Miriam since she shared an apartment with him in the same building.

Haft also revealed that he and Miriam eloped a few weeks after meeting, but that they married six months later in a Jewish ceremony. Furthermore, Haft’s decision to move in with Miriam made sense because the elderly lady with whom he had been residing had died in the interim. Two sons and one daughter were born to the marriage. Miriam and Haft remained married until his death in 2007. Miriam passed away in the summer of 2019, about 12 years after her husband’s death.

Is Emory Anderson a real-life journalist?

Emory Anderson plays a journalist who becomes interested in Harry Haft’s life throughout the film. The journalist is more than willing to cover the boxer’s life through his writings since he wants his name to be plastered over the media so he can find Leah. When Anderson’s article is published, however, it provokes a negative reaction from the Jewish community, leading to Haft being labelled a “traitor.”

Anderson’s article details all the boxer did to survive the concentration camps, which included fighting fellow Jews to the death; losing those fights usually meant death. In actuality, Haft did not talk about his experiences in the concentration camps until much later in life. Apart from Alan Scott Haft’s 2006 biographical book, ‘Harry Haft: Survivor of Auschwitz, Challenger of Rocky Marciano,’ there were a few interviews in the 1990s that looked at various areas of Haft’s life.