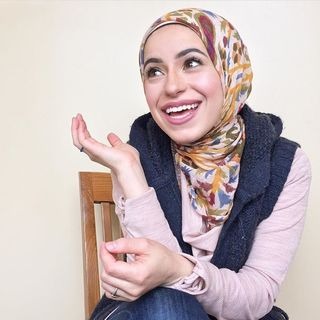 Mona Heidari is a 17 years old girl who used to live in Iran and was not protected by women’s rights in Iran. Mona Heidari was forced to get married at the age of 12, and her abusive husband has brought her to death at the age of 17. She was escaped to Turkey, but the girl was forced by her family to return to her abusive husband. She has a son, who is three years old. This shows the situation of women in Iran under Sharia law.

Who killed the Mona Heidari?

At the age of 17, Mona Heidari was killed by her husband, and her brother-in-law, and the police officers have arrested these two people for killing Mona Heidari. Her husband does this on the 5th of February, and her husband beats her on the road.

This is done because the horror killing happened in some parts of Iran due to the regime’s lax laws and the sentences that have encouraged her husband’s behavior to do.

Why all of this has happened to mona heidari?

When women’s hit the streets to get equal rights and were fighting for the burqa and hijab, Iran also became a part of this, and Mona Heydari was another victim of the anti-feminist law. She was not protected under women’s rights, and she had to face death. The man was holding the head of Mona Heidari (his wife) in one hand and a knife in the other hand. She was beaten in front of several city people. The man has reported that he killed his wife because of some family issues.

According to Iran law, only the victim’s family members can demand execution when murdered. Demand execution is something that takes to make demand happen.

According to the women’s committee of the national council of the stance of Iran, Mona Heydari has to suffer from domestic violence every time she asks for a divorce from her husband. Still, just because of her family members, she was living with her husband, but in the end, her husband himself killed her. Cousin of Mona Heydari wrapped the Mona in the blanket and threw her on the other side of the area, and then her husband walked down to the street with the knife in his hand. She was the sufferer of anti-feminism and was beaten by her husband and cousin.

The 17 years old #MonaHeydari who was beheaded in Iran in the weekend by husband as an act of “honor killing”.The Sharia laws do not protect women rights in Iran.Previously she had escaped to Turkey but was forced to return to abusive husband. She was forced to marry at 12. RIP pic.twitter.com/qEF9ImXOLn

Read Also – Jennifer Wells-Jackson: the fourth teacher in the district to be arrested for child abuse