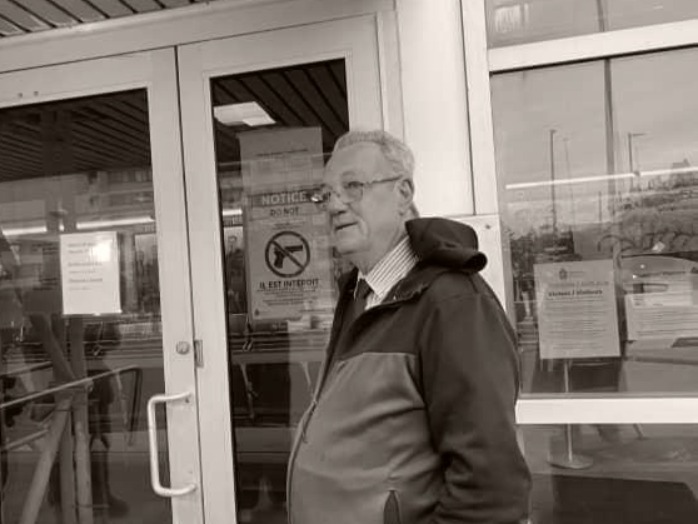 Independent MPP Randy Hillier has surrendered to Ottawa police to face charges in relation to his conduct during the ‘Freedom Convoy’ protests last month. Hillier, 64, arrived at Ottawa police headquarters early Monday morning. Police said he faced nine charges, including assaulting a peace officer. Hillier, the MPP for  Lanark — Frontenac —Kingston, told reporters outside the station that police called him Sunday morning and told him about the charges. “We know that they’re all related to my opposing views that I expressed very often at the Freedom Convoy, at the truckers’ protest,” Hillier said. “Most of them are what I would call mischief-related and obstruction-related.”

There were calls for Hillier’s arrest in February when he tweeted people should “keep calling” after Ottawa police tweeted that people had to stop calling “critical emergency and operational phone lines” to express displeasure over police actions to clear streets. Hillier is facing other charges for breaking COVID-19 pandemic rules, and he said Monday he’s facing about 25 charges for various COVID protests. Earlier this month, Hillier said he’s not running for re-election in June in the seat he’s held since 2007.

Hillier was permanently suspended from Twitter on Mar. 8 for his tweets about vaccine mandates and other public health measures. He had also previously made a racist comment about Transport Minister Omar Alghabra by calling him a “terrorist.”

A week before his suspension on Twitter, Hillier announced he would not be seeking re-election, ending a 15-year run in provincial politics. “Our political system is broken. There is no sense spending any more time trying to fix a broken system from within when the problem lies without,” Hillier said in the video. Hillier is scheduled to appear in court today. None of the charges against Hillier have been proven in court.

Hillier is also facing previous charges stemming from protests he organized last year in relation to COVID-19 public health measures. He told reporters Monday that he is facing 25 charges in relation to those rallies, which could result in $2.5 million in fines and 25 years in jail if he’s found guilty. “Differing and dissenting views are now apparently criminal,” Hillier said. “So that’s a disturbing trend.” Hillier was first elected to the Ontario legislature in 2007. He was permanently kicked out of the Conservative caucus in 2019 and is not running for re-election this year.