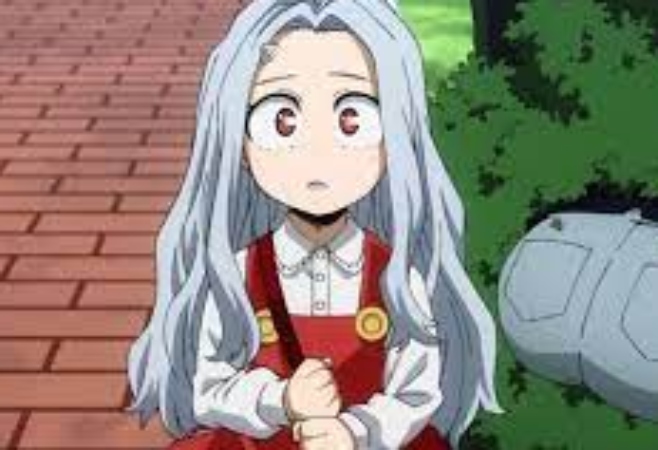 My Hero Academia is one of the most popular new generation anime out there and has been making waves ever since it aired back in 2016. The show follows the world where people have developed powers known as “Quirks”. People use these quirks to help people and become heroes protecting innocent citizens from villains who use their powers for evil.

The main character of this story, Deku, is a child that always wanted to become a hero but was unfortunately born without a quirk. His life changes, however, when he encounters “All Might”, the world’s greatest hero, who offers him his own powers and to become his successor and so the story begins with Deku’s journey to becoming the greatest hero in the world.

Eri is a character that came into existence during the fourth season of the anime but has already become the most important character of the series. Eri is the former granddaughter of the Yakuza’s head who has the most unique quirk out of everyone in the show. Her quirk can rewind time, age, and anything she wants. She accidentally rewinds the age of her own father into him never been born and is thus claimed as the cursed daughter by her family.

Eri’s grandfather wanted the best for her and ordered his close associated worker, Kai Chisaki, to experiment and train more with Eri’s quirk and how she can control it better to help make her life easier. However, Chisaki went rogue and started using Eri’s quirk for his own monetary gain which led him to discover that Eri’s quirk can erase other heroes’ quirks. Soon, Eri became his prisoner as he started selling bullets made from her blood to the mafia. Eri tried to break free from the torture she had to go through but she failed and succumbed to her terrible fate.

Deku and his friend, Mirio, discover the truth behind Eri and puts their own life on the line to save Eri from the shackles of Chisaki. In the process of doing that, Mirio loses his quirk for the time. Thanks to the support provided by Eri’s quirk, Deku manages to defeat and apprehend Chisaki ending his reign of terror on Eri’s life.

How old is Eri?

Read Also:- How old is Goku in different parts and iterations of Dragon Ball?